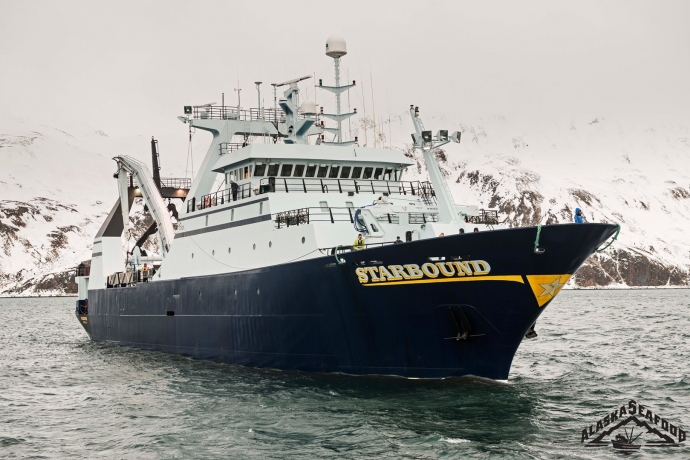 Import Statistics of Fish and Seafood from Alaska to Ukraine
Before talking about the imports from Alaska to Ukraine, we will review the overall imports of frozen fish (HS code 0303) to Ukraine in recent years. We will study this category, as Alaska exports to Ukraine only frozen fish. Due to the fact that Alaska fish and seafood are shipped to other countries mostly frozen, Alaska fishery industry has invested a lot of resources into the development of the most efficient and modern freezing methods. Now, Alaska industry uses cryogenic flash freezing, which limits the cell damage of the fish.
In 2018, Ukraine imported 290,560 MT of frozen fish, worth $351.5 million, which is the highest figure since 2014. In 2015, due to the economic situation in the country and hryvnia depreciation, imports of frozen fish fell to 181,455 MT (for comparison, 244,860 MT in 2014 and 329,839 MT in 2013).
In the last two years, the leading importers of frozen fish to Ukraine changed: in 2017-2018, Iceland took first place, and Norway moved to the second position. In 2018, the USA ranked 4th in terms of volume (31,519 MT) and 2nd in value terms ($57.9 million).
Since 2009, the imports from Alaska to Ukraine have been growing, with the exception of 2015, when all imports of frozen fish fell. Imports from the state of Alaska accounts for about a third of all imports from the United States in terms of volume (11,463 MT in 2018) and more than half in value ($31.7 million in 2018). This is 4% of all imports of frozen fish and seafood by volume and 9% of its value.
The share of Alaska in the total volume (4%) and cost (9%) differs, as, beside commercial species of fish (mostly, Alaska pollock), Alaska exports premium products to Ukraine. For example, in 2018, Ukraine imported Alaska salmon roe for $6.6 million. The imports of king crab and Black Cod, unique and expensive fish, are gradually growing as well. All five species of Alaska salmon - chinook, sockeye, chum salmon and pink salmon – also take the considerable part of imports.
All Alaska fish is wild, so the export of fish and seafood from this state depends on the natural fluctuations in the catch. Especially, it concerns Alaska salmon. In Alaska, the catch of this species goes up and down: in odd years it is usually much higher than in even ones. This natural feature affects the import of wild salmon to Ukraine: in the 2015, when the overall imports of the frozen fish to the country fell, the import of Alaska salmon was still higher than in 2016, when there was a record low catch in Alaska. Then, in 2017 there was an increase by 77% in volume and by 45% in value. In 2018, despite the import volumes remained on the same level, the total value again fell by 9%. In total, in 2018, 2,116 MT of salmon, worth $12.3 million, were brought to Ukraine from Alaska. In 2019, a good salmon catch is forecast, so it is expected that imports of Alaska salmon to Ukraine will increase again.
In 2018, 70% of Alaska salmon accounted for pink salmon (excluding salmon roe). Pink salmon is the most abundant type of Alaska salmon, it is also the smallest, the average weight of whole fish is 1-1.3 kg, it has a pink meat with firm texture. The share of chum was 26%, it is bigger than pink salmon (the average weight of whole fish is about 3.5 kg), its meat is also pink, but slightly firmer. And only 1.2% of imports of Alaska salmon accounted for sockeye, whose meat is known for its bright red color.
Alaska pollock is the champion in both volume and value: in 2018, 8,419 MT of Alaska pollock, worth $15.5 million, were brought to the country. In terms of volume, this is 40% more than in 2017, and 605% more than in 2015. Pollock is an affordable, tasty and healthy alternative to more expensive fish species. Therefore, it is not surprising that the import of Alaska pollock to Ukraine is increasing every year. Mostly, Ukraine imports H&G Alaska pollock and some amounts of surimi and fillets. Recently, Ukrainian importers began to ship pollock roe, which is processed and packed in Ukraine. In 2018, imports of pollock roe increased by 46% by volume compared to 2017.
The market of Ukraine is developing, so, there is some room for development also for the imports from the state of Alaska to Ukraine. In Alaska, there are many different species of fish, which are brought to the country only in small quantities. These are commercial species of fish, such as flounder and Pacific cod, and premium products, such as halibut or scallops, and also value-added products — Alaska pollock fillets, single-frozen, or mince.
At the moment, you can find Alaska seafood in almost all major retail stores: ATB, Auchan, Billa, Eurotech, Vopak, Velika Kyshenya, Class, Megamarket, Metro, Nash Kray, Novus, Rost, Rukavichka, Silpo, Fora, and Tavria, as well as in specialized fish stores Don Mare and Flagman.
Import data: ITC Trade Map, NMFS export data
This guide was developed by the Alaska Seafood Marketing Institute and contains a set of general recommendations.