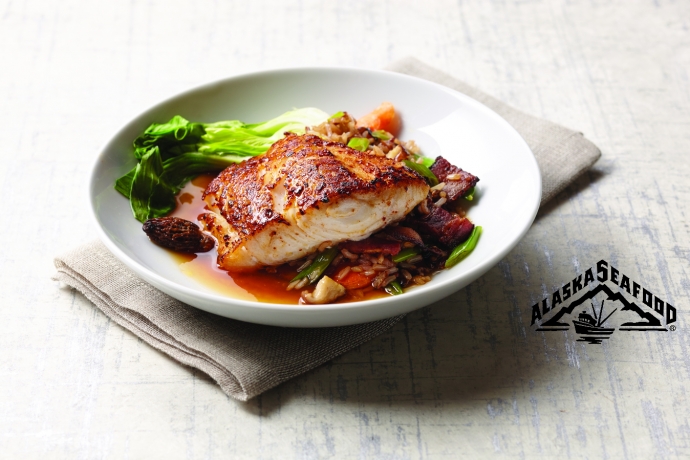 Surprisingly, Black cod (Anoplopoma fimbria) is not cod at all. Although it actually resembles a cod, it does not belong to the cod family, but to the Anoplopomatidae family, a group of fish living in the North Pacific Ocean. Sometimes, it is also called sablefish.
Makah Tribe, indigenous people living in the northwestern part of the continental United States, started fishing Black cod several centuries ago. They used seaweed fishing line and hooks from hemlock, a coniferous tree native to North America. Today, most of Alaska's Black cod is caught by longline fishing in the cold deep waters of the Bering Sea or the Gulf of Alaska, home to the largest population of Black cod. Fresh Black cod from Alaska is available from March to mid-November. This delicious fish is available frozen all year round. In Ukraine, frozen black cod from Alaska can be bought in specialized fish stores (Veladis, Flagman, Egersund), Le Silpo, and GoodWine.
Black cod can reach up to 1 meter in length and weigh up to 18 kg, but generally the average Black cod, which you can byu, is about 60 cm long and weighs less than 4.5 kg. Alaska is proud of its population of black cod, the largest population in the world, and strict rules and regulations have been set for its sustainable fishing.
Fatty Black cod meat has white color with a velvety texture and special taste. The sweetish, delicate and at the same time extremely rich taste of Alaskan black cod makes it possible to prepare a wide variety of dishes from it. 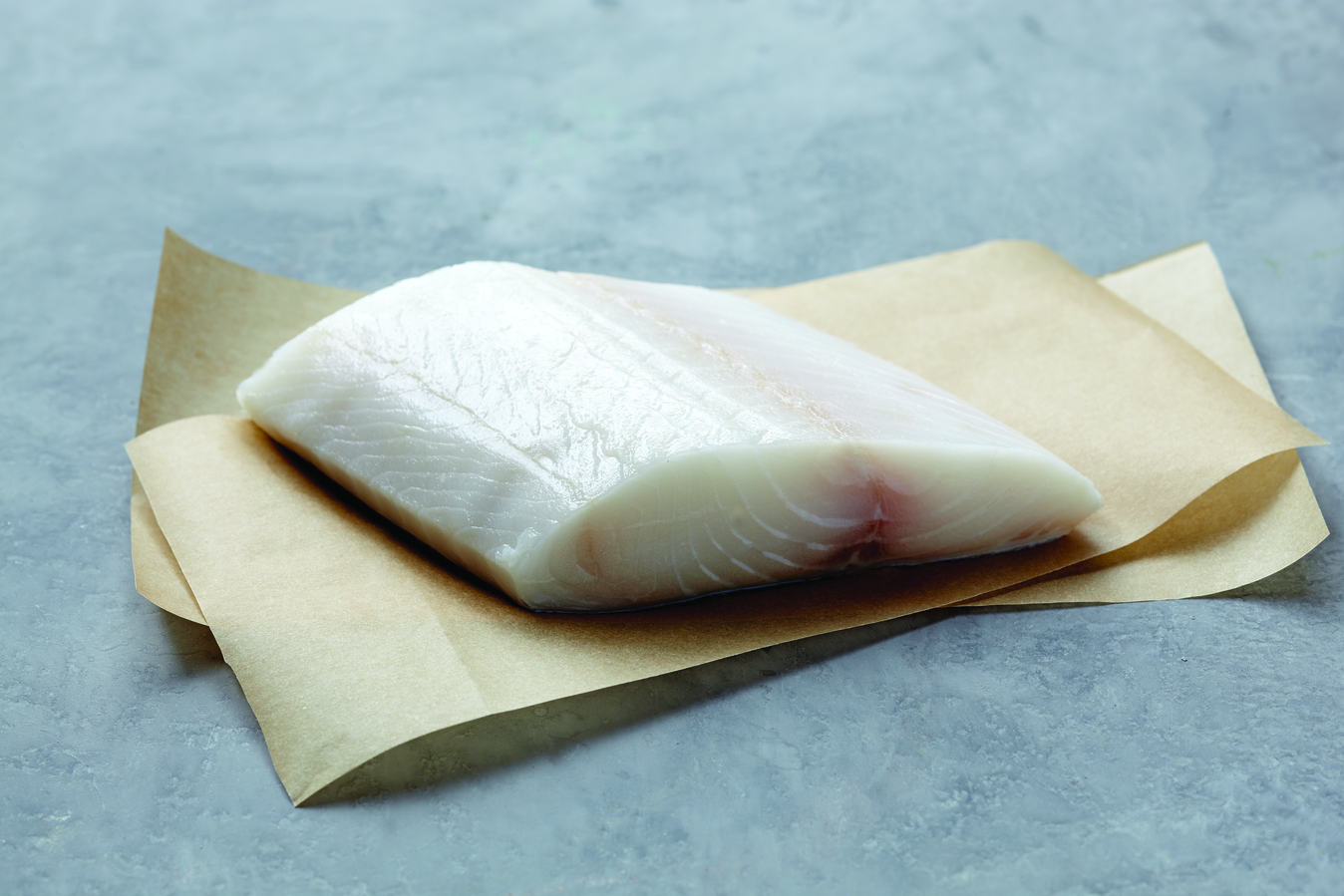 The world famous black cod was made by the chef Nobu Matsuhisa. Nobu blended traditional Japanese cuisine and Western cooking trends to create his own special style - Nobu style, and black cod in miso sauce became the main dish of his restaurants. New York food critic Adam Platt wrote: “Some dishes are like the famous obelisk from Stanley Kubrick's 2001 Space Odyssey. Before he landed, the monkeys had never seen anything like it, and this changed them forever. Black cod in miso is one such dish. ”
Miso black cod is a traditional Japanese dish. In Japan, it was marinated in sake and miso to keep the fish longer. Nobu made the dish sweeter and softer by adding mirin (sweet rice wine), icing sugar and white miso to the sauce. Delicate oily fillet of black cod is marinated in this sauce for 3 days, then fried over an open fire and served on a banana leaf with a sprout of hajikami ginger. The black cod recipe remains one of the most popular dishes in Nobu restaurants from New York to Kuala Lumpur. Matsuhisa says there are many umami, “fifth taste,” implicated in this flavor, one of the reasons why black cod in miso sauce has become an international phenomenon.
Another reason for the success of this dish is that black cod according to this recipe is difficult to cook incorrectly - overcooked or undercooked, since the marinade begins to caramelize when the fish is cooked from the inside. And even if the black cod is cooked for too long, it won't dry out due to its high fat content.
When Matsuhisa first included black cod on the menu, it was an inexpensive fish. But such a jump in popularity, of course, influenced the cost of fish. This happened not only because of Nobu's restaurants, it just became so popular that it began to be included in the menu and other restaurants, for example, Italian or French cuisine.
Here are some recipes for black cod in miso sauce:
• Black Alaska cod in miso sauce with Asian cucumber salad
• Black cod marinated with miso, according to Nobu's recipe
For more Alaska black cod recipes, visit eeu.alaskaseafood.org.
Check the recipes with Black cod on easyfish.com.ua 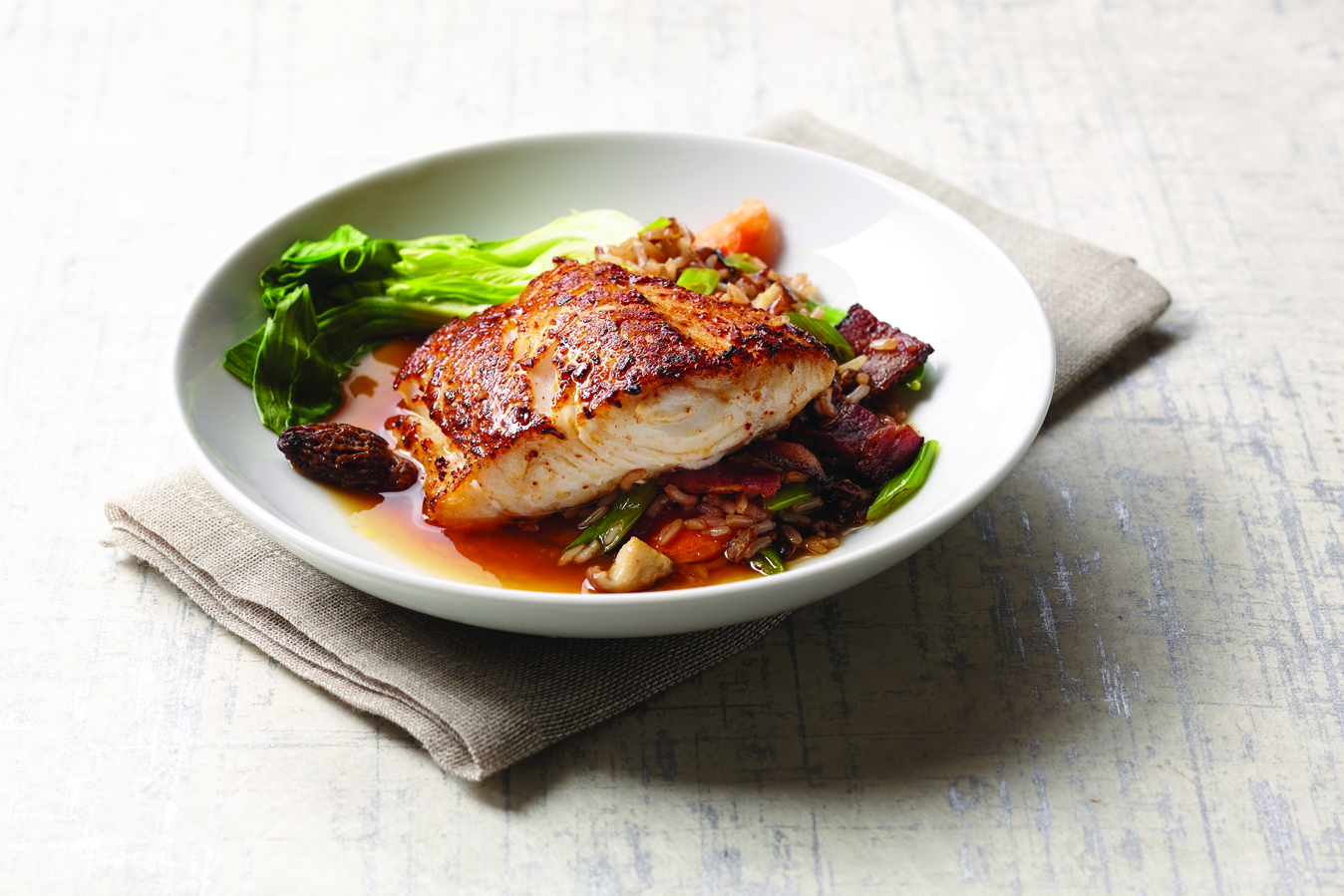 Nutritional Values of Alaska Black Cod
Alaska black cod is a valuable source of high quality protein and contains important trace minerals, including iodine, phosphorus, magnesium, copper, iron, zinc and calcium. Native to the deep, cold waters of the Bering Sea and the Gulf of Alaska, this superb fish is renowned for its high fat content, which gives it a distinct taste and texture.
Black cod is the leader in omega-3 content, one 85g serving covers almost a week's need for these beneficial polyunsaturated fatty acids (According to the recommendations of the European Food Safety Authority (EFSA), the recommended intake of EPA and DHA, omega-3 polyunsaturated fatty acids contained in fish and seafood - 250-500 mg per day).
Nutritional values, cooked Black cod (85 g):
Sources:
The material is provided by Alaska Seafood Marketing Institute.
More information on Alaska Seafood here easyfish.com.ua, eeu.alaskaseafood.org;  alaskaseafood.org,