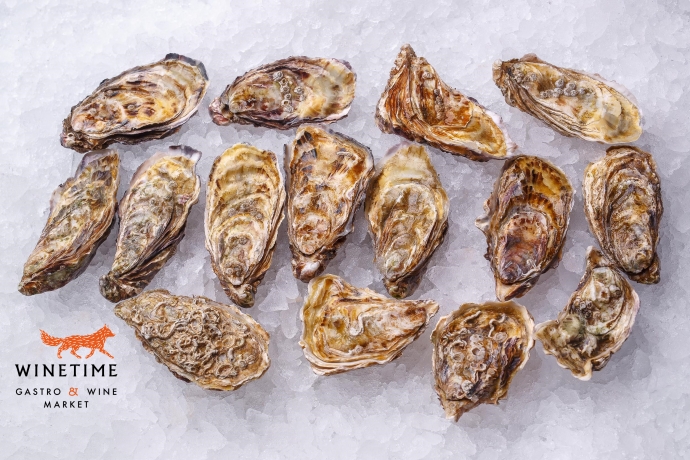 What are oysters and how do they differ?
There are hundreds of varieties of oysters in the world. According to how and where oysters are grown, they are divided into farm and wild. In the natural environment, mollusks grow faster, so the shells of wild oysters are often larger, their meat contains more vitamins and trace elements, and the taste and aroma are rich in rich marine, intensely salty and mineral notes.
The taste of farmers is more delicate, but at the same time more multifaceted and complex, which varies from nutty to creamy, from fruity to salty.
But the taste and texture of oysters depends not only on the method of cultivation, but, above all, on the region of residence.
In winemaking there is a concept of terroir, for the sea use the definition of "meruar" (from the French mer - "sea"). Meruard is a set of all the characteristics of the sea, from salinity and water temperature to the mineral composition of the bottom and microalgae. It is the meruar who determines the unique shades in the taste of each variety of oysters.
Therefore, even mollusks of one species, if grown in water with different salinity and temperature, can be radically different from each other. 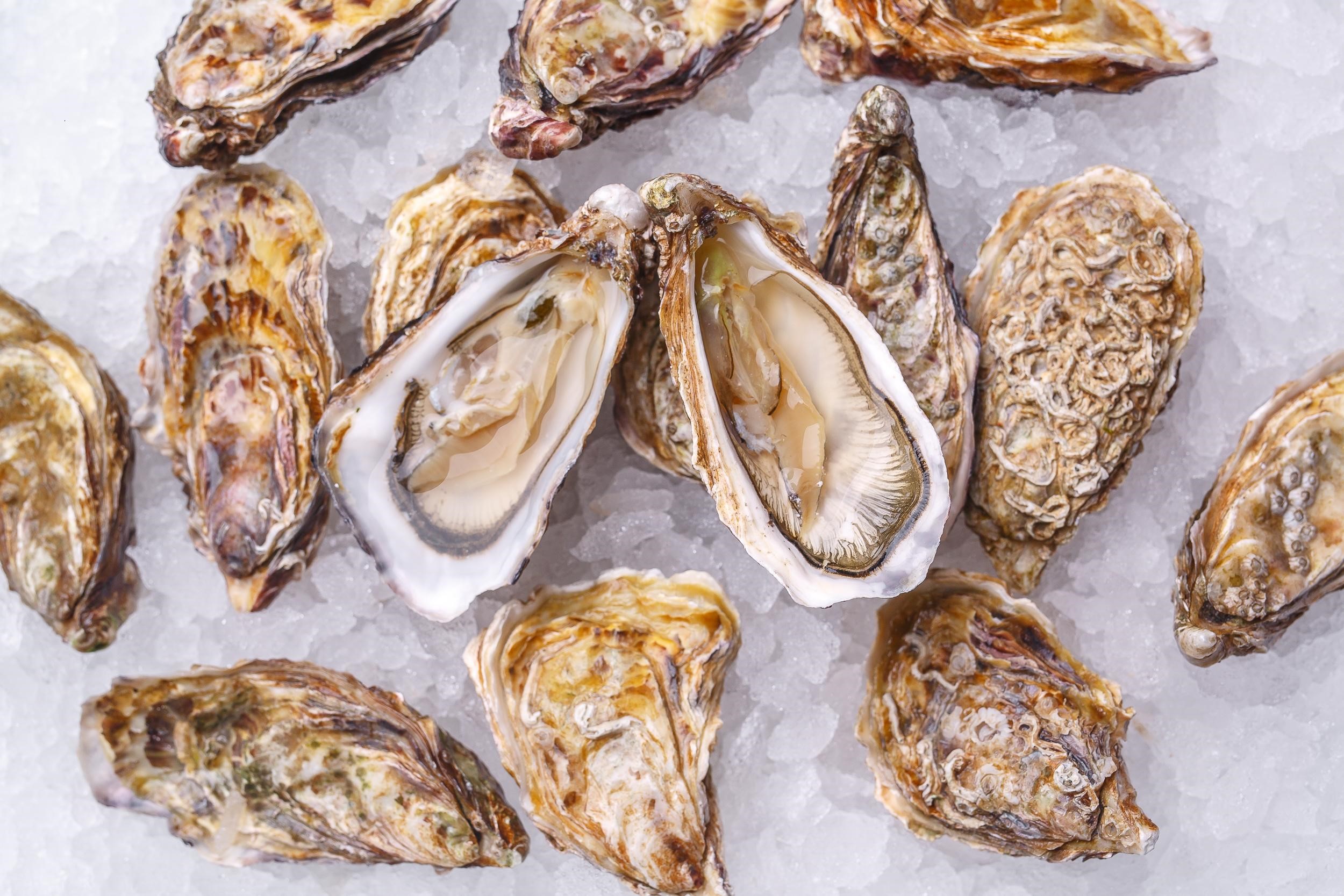 What do the numbers in the name of oysters mean?
Oysters are usually calibrated by weight. This is the French system, where №5 is the smallest (so small that they are called butterflies and served as an aperitif), and №0 is the largest. The most popular size in our country is №3.
How are Fin oysters different from Special?
In the names of oysters you can often see the French prefixes "fin" and "special", which indicate the fullness of the shell. "Special" - meaty, and in the "Finns" less meat and a lot of so-called "oyster liqueur" - oyster juice from sea water.
Why do lemons serve lemons?
It is a common myth that oysters are afraid of acid, and that a drop of lemon juice will shrink a live fresh mollusk. In fact, the mollusk does not react to citric acid, but to any touch. Touch the oyster with the tip of a knife, the tooth of a fork or add a drop of lemon, and the mollusk will barely noticeably tighten the edge of the mantle where it was touched. And this happens only with the oyster, which when opened was not separated from the wall of the sink. 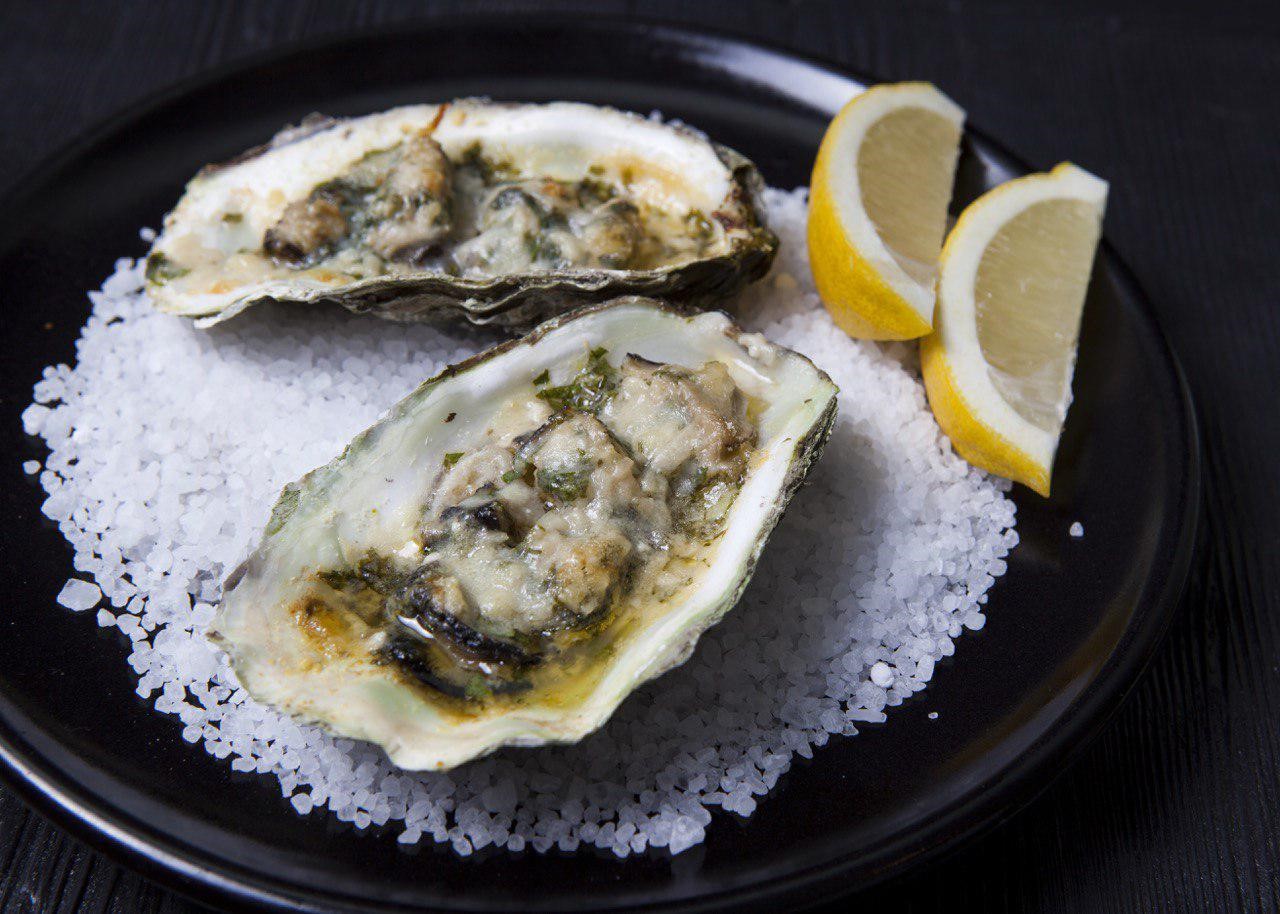 How to check the freshness of oysters?
The main signs of freshness of open oyster - its appearance and smell. The ideal mollusk is smooth, moist, shiny and full-bodied, has a fresh aroma of the sea. In the shell - clear oyster juice.
With what sauce to taste oysters?
In France, oysters are usually served with a sauce of red wine vinegar and chopped shallots. For special occasions, it is prepared in champagne vinegar and added to the sauce of the same "magic bubbles". In Asia, soy is used, and Americans prefer hotter sauces: Tabasco, grated horseradish, and sometimes even spicy ketchup.
The main (almost the only!) Rule is to add only a few drops to any dressing. The taste of oysters should be emphasized and shaded, not completely interrupted.
And, if you want to feel all the nuances of mollusks, we recommend tasting them "solo", without sauces and even lemon juice. 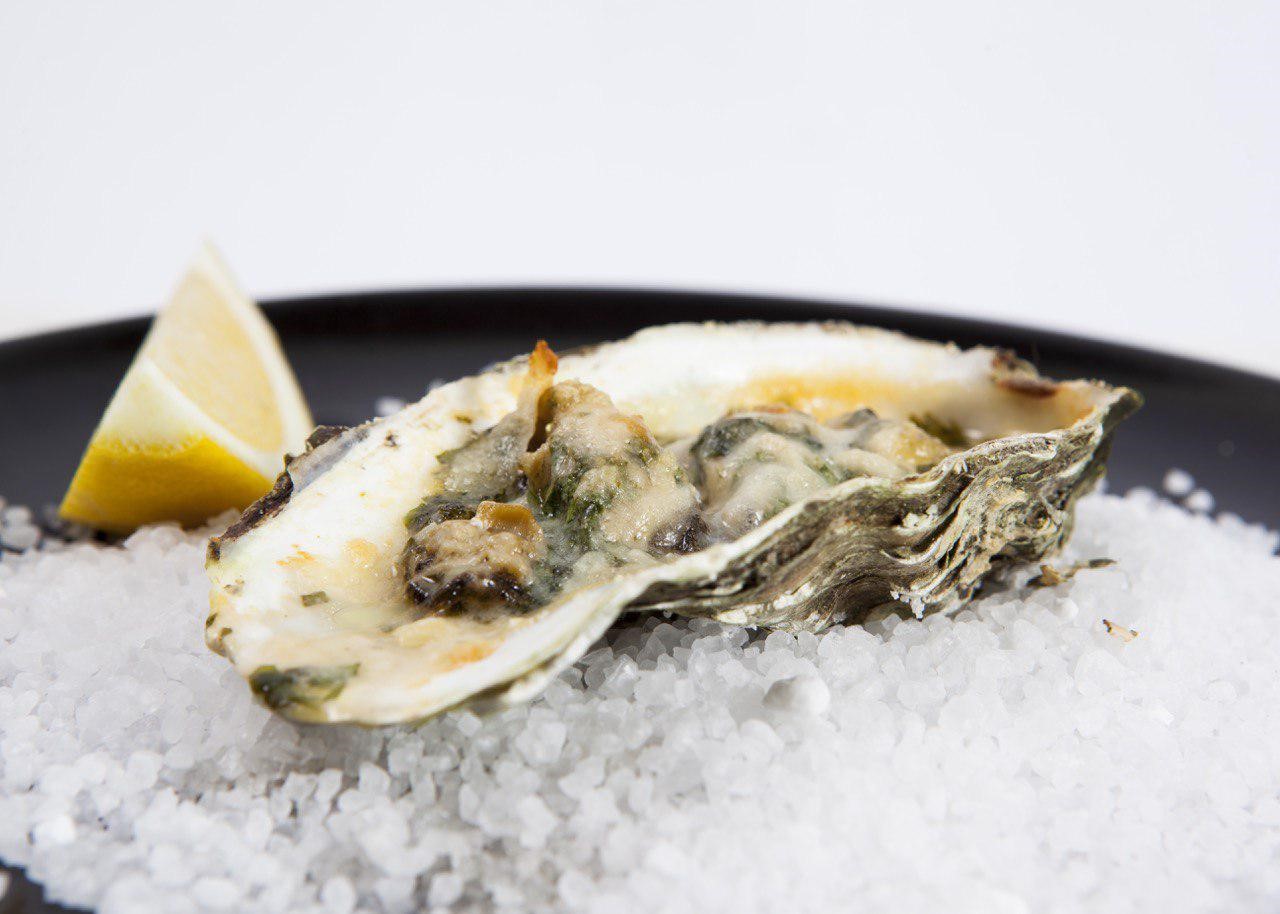 What to drink with oysters?
Contrary to popular belief that only white dry and sparkling are suitable for oysters, they also go well with other drinks. In general, wine to shellfish is a French and Italian tradition. In England, Ireland, Belgium and the Netherlands, another classic pair has historically been formed - oysters with beer. The Spaniards have their traditional combination: oysters and sherry, the Japanese - oysters and sake.
Strong drinks - whiskey, gin, tequila, ice vodka - also form a harmonious tandem with the salty taste of mollusks. A new gastronomic trend that is now gaining popularity in the United States - oysters with absinthe.