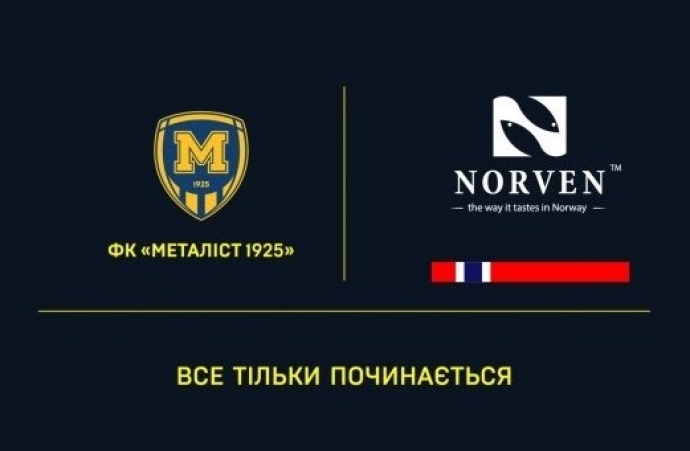 FC "Metallist 1925" and brand "Norven" signed a cooperation agreement, according to which the company's logo will be placed on the football players' form throughout the season.

It should be noted that TM "Norven" for the first time became a sponsor of a professional team and expands the scope of partnership activities in relation to football clubs.

"Norven" is a trademark of Universal Fish Company, which for 15 years has been involved in the development of sports, thereby demonstrating an active social position.

Since 2003 the group of companies UFC is the general sponsor of the children's football club "Mriya", and the President of the club Oleg Dmitrievich Lushchik - the Chairman of the Board of "Universal Fish Company".

"Universal Fish Company" is the largest operator in the fish market of Ukraine, provides a wide range of services: import, processing, the sale of fish products in the domestic market and export supplies of finished fish products outside Ukraine.

"Universal Fish Company" is one of the most progressive companies in Ukraine, dynamically developing and considers it its duty to take part in the development of sports.