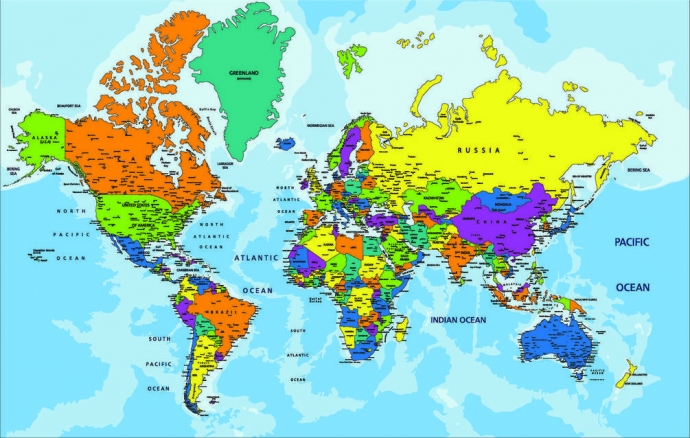 The main - albeit not the only - source of information used to update and update the FAO Industrial Fisheries Database is the country reports. Thus, the quality of statistics is largely determined by the accuracy and reliability of the data that countries collected and submitted to the Organization. The only way to improve the quality of global FAO databases is to improve national data collection systems so that they can provide better information to support management and policy decisions at the national and regional levels. Unfortunately, the share of countries that do not submit annual reports has increased from 20 percent to 29 percent over the past two years. As a result, FAO has to rely more heavily on estimates. It is of paramount importance that countries pay due attention to the collection of catch statistics and transmit FAO data, otherwise it is impossible to maintain the quality of time series. How many fish are caught? Which countries catch the most fish? Countries are leaders in catch and fisheries.
The total volume of marine industrial fishery products in 2015 amounted to 81.2 million tons, and in 2016 - 79.3 million tons, or almost 2 percent less. In particular, in Peru and Chile, the Peruvian anchovy (Engraulis ringens) was caught for 1.1 million tonnes less - the volume of this fishery is usually large, but inconsistent, because it is largely susceptible to the impact of El Niño. In 2016, the reduction in catch volumes relative to the results of 2015 was recorded for other major countries leading industrial fishing, and for major species, primarily cephalopod mollusks. In a group of 25 major countries, the share of countries where catch fell was 64 percent, while in the group of the remaining 170 countries that are leading industrial fishing, this share is lower - 37 percent.
China, far ahead of other countries in the field of marine fisheries, in 2016 was able to maintain the catch at a stable level. At the same time it is expected that the implementation of the policy of gradual catch limitation envisaged in the country's thirteenth five-year plan for 2016-2020 will lead to a significant reduction in its volumes in the coming years: according to forecasts, by the year 2020 the volume of China's marine fishery production will decrease by 5 million tons.
Major fishing countries and their catch volumes:
Основные страны, ведущие рыбный промысел, и их объемы вылова:
Доля 25 основных стран составляет 82%