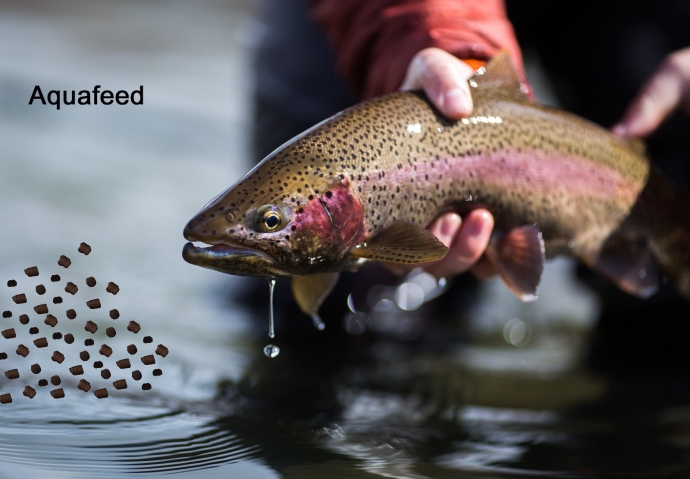 Global fish consumption per capita rose from an average of 9.9 kg in the 1960s to 14.4 kg in the 1990s, and exceeded 20 kg for the first time in 2016. According to the results of 2020, consumption has grown to 21.2 (annual growth is about 0.3 kg).
This all became possible thanks to the development of aquaculture, since the volumes of traditional fishing have remained practically unchanged since the 1990s. For this, the volumes of cultivation and cultivation of aquatic organisms (fish, crustaceans, molluscs, algae) in natural and artificial reservoirs, as well as on specially created sea plantations, are constantly growing.
At the same time, an important component for successful aquaculture is high-quality, effective and safe feed.
What does the information on the food label mean?
An increase in fish production is possible through its cultivation by intensifying production, as well as the introduction of industrial methods.
As early as 1927, at the birth of intensive fish farming, Davis (1927) noted that apart from water supply, no factor is as important in achieving success in fish farming. With the intensification of fish farming, especially with its transition to cage and basin farming methods, there was a threat of the emergence of nutritional diseases, the main reason for which is the inferiority of feed, or their poor quality.
The question for fish producers is how to determine the quality and usefulness of feed!?
In this article we would like to tell you, using the example of the fish feed "Aquafeed" (Aquafid), produced in Germany, what information about the feed can the buyer get directly from the information on the feed label.
As a rule, fish food is packaged in bags or buckets by various manufacturers, competing for the attention of the buyer, and beautifully design the packaging. But if the buyer looks at the packaging more closely to learn about the ingredients and composition of the feed, the beauty of the packaging will become less relevant. This important information is usually written in very small print, in multiple languages, or in a columnar format, making the ingredients difficult to read. These are just a few examples of how manufacturers can make information about ingredients incomprehensible and illegible. At times, it may seem that the consumer does not have to carefully consider the ingredients.
The placing on the market and use of feed in Europe is regulated by Regulation (EC) No 767/2009, according to which the packaging of fish feed sold in Germany must contain clearly defined information and must be legibly written in German.
For example, what can you see on the label, let's take the label of the Aquafeed product for trout, which is produced at the Spezialfuttermittelwerk Beeskow GmbH plant in Beeskov, Germany. 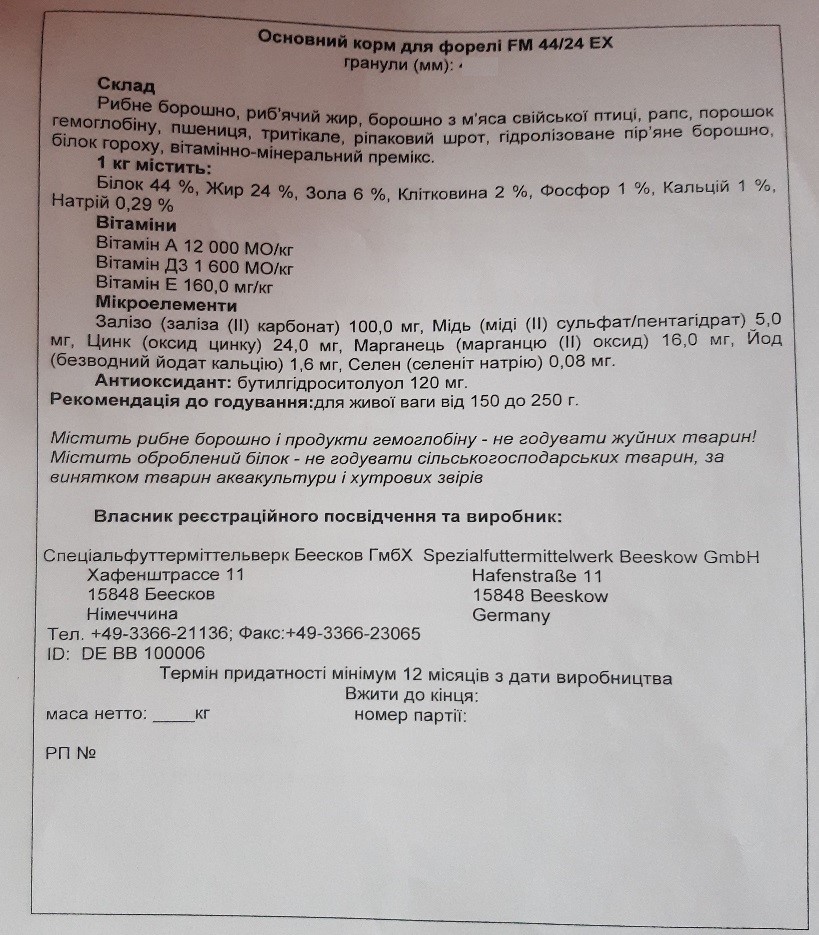 Purpose of feed
Complete food contains all the ingredients necessary to provide the fish with sufficient quantity for a long time
Using
The type of animal for which the food is intended must be indicated
Structure
The ingredients are listed in descending order of quantity.
Technological additives
Substances that have a positive effect on the nature of the feed. For example, as a preservative, butylhydrositoneopen improves shelf life
Manufacturer
The manufacturer can be identified and traced with an individual number
Nutritional supplements
Substances that must come to the animal from the outside. These include vitamins, provitamins, compounds of trace elements, amino acids. They serve to maintain normal bodily functions.
Application
Provides information on the scope
Accept to
By this time, constant feed properties are guaranteed under optimal storage conditions
Now let's figure out the composition of the feed
Time and again, misleading terms such as "fish and fish by-products" appear in the list of ingredients for feed. But what is behind this terminology and why do manufacturers indicate ingredients in this way?
By publishing the exact recipe, it would be easy for competitors to know the recipe for the feed. A small change in the recipe is enough to legally circumvent a registered patent. Therefore, manufacturers face a dilemma. On the one hand, they are legally obliged to list the ingredients, on the other hand, they do not want to reveal their unique recipe to competitors. In order to protect producers in a certain way, it is allowed to indicate a group instead of an explicit ingredient. 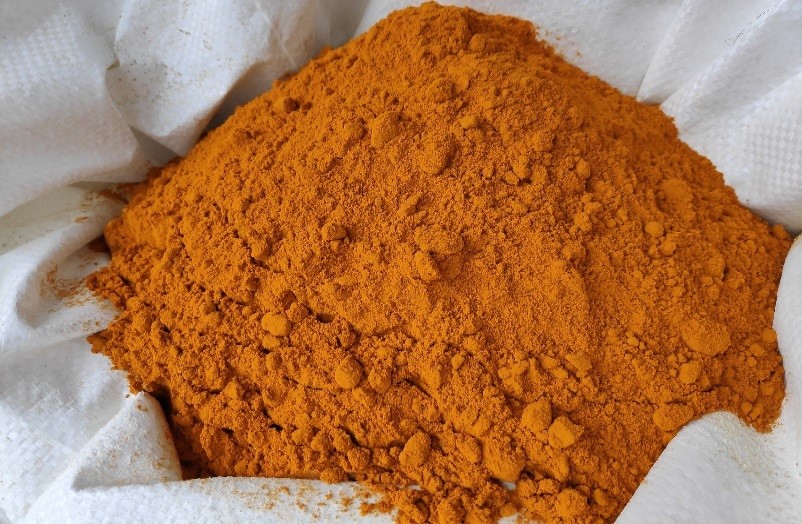 The following 19 groups are distinguished:
1. Meat and offal of animal origin
2. Milk and dairy products
3. Eggs and egg products
4. Oils and fats
5. Yeast
6. Fish and fish offal
7. Grain
8.Vegetables
9. Vegetable offal
10. Plant protein extracts
11. Minerals
12. Sugar
13. Fruit
14. Nuts
15. Seeds
16. Algae
17. Molluscs and crustaceans
18. Insects
19. Bakery products
Meat and offal of animal origin
In practice, it is a high-quality and protein-rich meat or blood meal from the processing of animal bodies or body parts of warm-blooded land animals.
Fish and fish offal
Fish or parts thereof, as well as processed by-products.
In practice, this is usually fishmeal.
Vegetable protein extracts
All herbal products with proteins enriched with at least 50% crude protein.
In practice, these are mainly protein concentrates from grain, soy or potatoes
Does good fish food have to be expensive?
Whether a feed additive group or a direct ingredient is listed, the ingredient with the largest proportion in the feed should always be listed first.
The next ingredient, respectively, is the second most abundant in the feed, and so on, the ingredients are reflected down to the proportion of the least used ingredient. Accordingly, the first conclusions can be drawn about the quality of the feed, according to the first ingredient. If in the first positions in the composition of the feed there are no ingredients of animal origin, but only herbal ingredients, this indicates the widespread use of plant raw materials.
Vegetable proteins are less beneficial for fish than animal proteins. Since vegetable proteins are much cheaper than animal proteins, producers love to use them to lower the cost of producing feed. Therefore, it becomes clear that the price is formed depending on the raw materials used for the production of feed and its share in the feed composition. That is, quality feed has a certain price.
For greater clarity, we will give examples of raw materials by price category.
Expensive components:
- fish flour
- fish fat
- spirulina
- molluscs and crustaceans
- carotenoids
- hemoglobin concentrate
Inexpensive components:
- wheat
- rapeseed oil
- soy
- sunflower meal
If the feed contains many expensive ingredients, the feed will of course be more expensive than feed with many inexpensive ingredients. In addition, a high vegetable content usually means a high carbohydrate feed, which is not optimal for fish farming in the long term. However, a certain amount of carbohydrates is inevitable in extruded feed production. For this reason, most fish feeds contain grain or a similar starch source.
An example of a high-quality specialized fish feed is "Aquafeed", which is produced in Germany at a facility that celebrated its 40th anniversary in 2016 since the production of compound feed for fish. The plant on the market operates with high performance, constantly updates its production lines, meets modern standards in accordance with scientific and technological progress.
The feed is produced by twin-screw extrusion with an optimal energy / protein ratio for fish farming. As a high-energy feed, its use does not lead to fatty fish!
With intensive feeding with these compound feeds, a good price / performance ratio of the farmed fish is realized. The risk of contamination of water bodies and fish is very low, due to the low phosphorus content and good feed digestibility (average feed ratio 0.8 kg feed / kg increase in fish production).
According to buoyancy and stability in water, "Aquafeed" food corresponds to the best indicators.
The official partner and distributor of the products of the feed mill Specialfuttermittelwerk Beeskov GmbH in Ukraine is the private enterprise “Western Fish Company”.