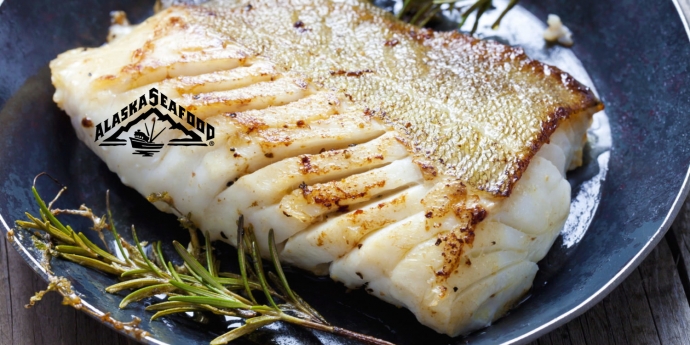 The global fishery industry of Alaska pollock began developing quite recently, starting from the second half of the last century. Before this, it was mainly fished in Korea and Japan. In these countries, this fish is still treated with great respect.
In the Korean traditional cuisine, Alaska pollock is used entirely, without any waste; there are many different recipes of that fish, for example, dried pollock or pollock roe. It even has different names depending on how it is cooked or cut.
At the same time, in the Soviet Union, pollock was considered to be a fish of low nutritional value. Most of the catch was processed into fish meal or animal feed. However, this attitude appeared not because of the poor quality of pollock or its taste.
The only reason was the large harvests of the Soviet Union and, consequently, the low price for that fish. Meanwhile, Alaska pollock has excellent nutritional properties and it is as good as its more expensive “relative” Pacific cod.
Alaska pollock and Pacific cod belong to the same genus of the Gadidae family: the Latin name of Alaska pollock is Gadus (Theragara) chalcogramma and the name of Pacific cod is Gadus macrocephalus. Both fish have white lean and tender meat. Pollock, like cod, is an excellent source of high quality animal protein, it is also rich in vitamins and amino acids, easily digested and absorbed by the body. Alaska pollock contains more fat than Pacific cod, so its texture is a bit softer, while Pacific cod is slightly firmer.
For the same reason, the content of healthy polyunsaturated fatty acids Omega-3 in Alaska pollock is almost twice higher than in Pacific cod. Other differences in nutritional value or taste are not so significant, while Alaska pollock has a great advantage due to its more affordable price.
Comparison of Alaska Pollock and Pacific Cod Nutritional Properties:
Source: USDA Food Composition Databases
Prepared by the Alaska Seafood Marketing Institute.
More information: eeu.alaskaseafood.org and alaskaseafood.org
#AskForAlaska #AlaskaSeafood