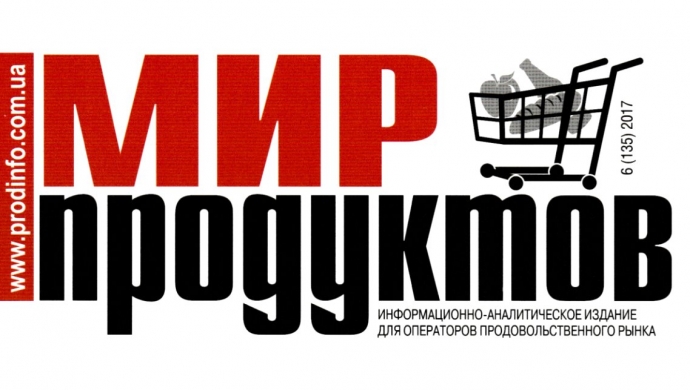 Every year, the world consumes more fish products. The Ukrainian fish market remains unsaturated. This opens up good prospects for fish importers and processors. The state and development trends of the fish products market were analyzed by Dmitro Zagumennyy, General Director of the Association of "Ukrainian Fish and Seafood Importers" for the information-analytical publication for the operators of the food market "World of Products"

The global trend in the growth of consumption of ready-made food products produced by the industrial method has an impact on the fish and fish products market. So, for today 92% of all volumes of world trade in fish and fish products in quantitative terms (in the equivalent of live weight) is processed products, excluding live and fresh non-processed fish. The development of food technologies and the sector of technological equipment contribute to the growth of the segment of deep processing of fish. Over the past four decades, the share of finished and canned fish, including the range of products with high added value, has doubled in total and in 2014 amounted to 18% of total sales.

Expanding the geography of marketing of fish products, increasing distances from fish catching areas or aquaculture farms to processing sites or points of sale lead to the fact that fish are increasingly sold frozen. Thus, the share of frozen products for the period from 1984-2014. grew almost twofold - from 22% to 40%. The tendency of fish growing by special farms has a stable upward trend. To date, more than 50% of all fish sales are aquaculture products.

The situation on the Ukrainian fish consumption market

According to FAO, the recommended rate of fish consumption is 20 kg per year per person. At the same time, sea fish should account for 75% of this rate. "Unfortunately, according to data for 2016, Ukrainians consume only 8.5 kg of fish per person per year, which is more than two times lower than the recommended rate," notes Dmitry Zagumenny. - Countries in which the average life expectancy is higher, consume significantly more fish. For comparison, per capita fish consumption per year in Japan is 65 kg, in North America - 24 kg, in the EU - 21 kg. For example, in China, per capita consumption of fish is constantly growing.

The annual increase in consumption in this country for the period 2003-2013. was at 5% and increased from 14 kg per person per year in 1993 to 38 kg in 2013. Impressive dynamics - in a decade, growth is almost three times. I believe that one of the key tasks of our Association and Ukrainian companies in the market of fish and fish products is to increase the consumption of fish by the population. "

Among the main negative factors that restrain the growth of fish consumption in Ukraine, in the first place - high retail prices, which are formed due to the currency component and taxes. In the structure of the Ukrainian fish market, about 80% is imported products, 20% is fish caught and grown in the country. Basically, fish are imported frozen - about 90% of all imports. "The cooled segment is less susceptible to fluctuations in the structure of imports by type of fish, as this category fills the premium segment, which is more stable in its structure due to greater stability of end-user preferences. If consumers are accustomed and financially able to afford to buy certain products in this category, then they continue to buy it regardless of fluctuations in prices, "emphasizes Dmitry Zagumenny.

The second negative factor is the absence in Ukraine of its own fishing fleet and, as a consequence, its own marine fish, which, as noted above, should account for a large proportion of the diet according to WHO recommendations. Also, growth in fish consumption is hampered by barriers such as lack of adequate public awareness of the benefits and value of fish; dissemination of inaccurate information; lack of comprehensive programs that promote regular consumption of fish.

Analyzing the changes in the dynamics of fish products imports, Dmitry Zagumenny noted: "For four years, the most imported and consumed fish in 2013. When comparing the data of the entire period, you can see how the market" sank "already in 2015 - the volumes in kind decreased in 2 times, and in money - 3 times. This suggests that the importers not only reduced the volumes of supplies, but also reoriented to import cheaper products. The reasons for this situation, first of all, are the devaluation of the national currency. This is an important factor, since the bulk of the output is imported, which has become expensive and less affordable for most consumers. The second factor is the introduction of an additional fee of 10% for imported food products, including fish. The effect of these factors negatively affected the volume of fish imports and the volumes of its consumption. In 2016 there was a certain stabilization of the situation, and according to the results of the period January-July 2017 there is a slight increase. In principle, the season for importers is just beginning, and there is hope for an increase in imports in the current year compared with 2016 ".

Structure of imports of fish products

... is closely related to the structure of consumption. In the top 5 products by type of fish include: in the first place - herring with a share in total imports of 20% in 2016, further - a hake (17%), mackerel (13%), Baltic herring (10%), salmon (6%). Ukraine imports fish from almost 60 countries around the world. 62% of total imports are accounted for by the five largest fish exporters to Ukraine. In the first place Norway with a share of 22%. Almost every fourth fish in Ukraine is Norwegian products. Further - Iceland with a share of 16%. In different years the share of imports from this country is fluctuating. Then - Estonia (9%), Canada (8%) and the United States (7%). Its position in the top-5 importers of the United States is mainly due to exports of hake.

In Ukraine, 250 companies are engaged in the import of fish products. At the same time, 10 companies account for 60% of all imports. By results of 2016, the top-10 largest importers include: "Clion Group" and "Universal Fish Company" (have a share in total imports of about 17% each); Egersund Seafood in Ukraine - 5%; Fozzi-Food, Flagman Seafood, Iceberg Fish, Lotus - 4% each; "Fish Alliance", "Uno-Fish" - 3% each; "Pivdenmortrans" - 2%.

The Ukrainian market mainly imports gutted carcasses and already on-site is processing and preparing for sales in the domestic market and for export. "So to date, Ukrainian importing companies, in addition to selling fish products in Ukraine, are processing products at modern certified enterprises and export already processed fish products," states Dmitry Zagumenny. - The companies have created modern processing facilities that meet all international standards. This allows domestic companies to successfully represent their fish products at international exhibitions, including the largest industry exhibition in the world of Seafood Expo Global. " Over 20% of the total volume of Ukrainian exports of fish products are processed products of imported raw materials. The main countries to which such products are exported are: the United States, the United Arab Emirates, Germany, the Czech Republic, Bulgaria, Israel, Moldova, Georgia.

As noted above, the largest exporter of fish to Ukraine is Norway. Experience and analysis of the export structure of this country can be useful for Ukrainian companies to understand the potential of the European fish market and develop directions for their own development. It is characteristic that the share of aquaculture has grown significantly in the structure of Norwegian fish production and continues to increase. In money terms, 71% ($ 8.3 billion a year) of money earned by Norway is due to aquaculture products, and $ 3.3 billion a year - due to fishing. Most of the products Norway exports to Poland. However, it should be borne in mind that Poland is the largest fish processor in the EU. The share of Polish imports of processed fish products is increasing every year. Denmark, the second country in terms of Norwegian exports, has almost the same Polish import structure, and mainly imports fish for processing. "For the domestic companies that are focused on the processing and subsequent export of fish products, the markets of France and Germany can be of greatest interest for marketing," Dmitry Zagumenny analyzes. - These countries import fish for domestic consumption and have an active consumption market. In general, the markets of the EU countries are very capacious, and on them, domestic companies should be guided in the first place. "

As noted above, per capita consumption of fish in Ukraine is very low. This situation requires the application of the force of methodical work of all market participants in the chain from supply to retail, legislative and executive bodies, and the media. Dmitry Zagumenny highlighted the following key points on this issue:

• formation of a more loyal policy of trade organizations in relation to suppliers of fish products;

• combining the efforts of all market participants in the issue of popularizing fish consumption among the population, for example, by means of a social PR campaign aimed at removing barriers to consumption, building trust, informing consumers about the benefits of fish and seafood and their food safety while respecting sales norms;

• Involvement of national credit agencies interested in lending to Ukrainian importers, for example, by analogy with the Norwegian export credit agency GIEK (The Norwegian Guarantee Institute for Export Credits), as well as investment banks for financing the construction of fish farms and processing plants;

• Adoption of the Law "On the State Fund for Support of Fisheries", which is still only in the draft. This will make it possible to use state funds more efficiently for the development of the Ukrainian fish industry;

• development of the fishing fleet, simplification of procedures, which will make it profitable to "walk" under the Ukrainian flag;

• prompt receipt of fresh and up-to-date statistics on imports, exports, consumption, sales of products from all market players;