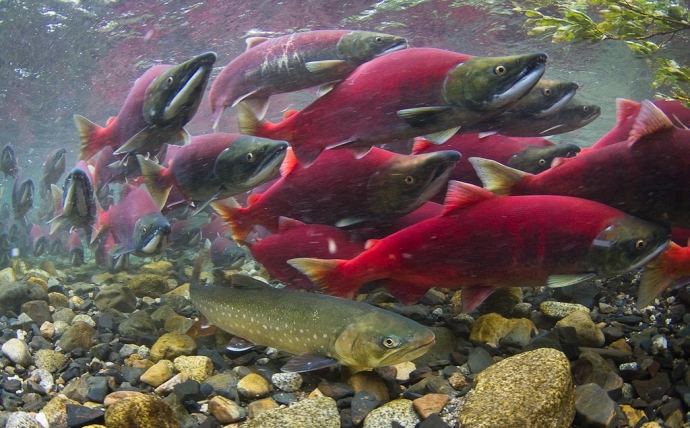 This year's wild salmon harvest in Alaska is coming to an end. As of September 21, the catch amounted for 94% of the forecast volumes for 2019. The total catch will be calculated in November.
In the beginning of August, the harvest numbers were much lower than in 2018. However, but the gap decreased: coho harvest difference reduced from -32% to -6%, keta – from -20% to -12% and chinook – from -11% to 5%.
The catch as of September 21, 2018 and 2019, number of fish. For pink salmon – as of September 21, 2017 and 2018.
Full report here
As for pink salmon, most abundant species of Pacific salmon, in the beginning of August, the harvest was 32% less than in 2017, but the difference decreased and amounted to -7%.
The harvest of wild Alaska pink salmon is not compared with last year's catch, but with the year before last. The reason is that the catch of pink salmon varies in even and odd years. Pink salmon have the shortest lifespan of all the Pacific salmon found in North America. They mature and complete their entire life cycle in two years. This predictable two-year life cycle has created genetically distinct odd-year and even-year populations of pink salmon. Fish coming in odd years are unrelated to the individuals returning in even years. Odd-year and even-year populations do not interbreed with each other even when they return to the same spawning grounds. Many times individual streams will tend to have one of the populations (odd-year or even-year) producing more fish. The tendency is that in odd years the catch is higher than in even years, especially this has been noted in recent years.
This is the shortest and most predictable life cycle of all Pacific salmon species. Other salmon species have different life cycles: chum lives 4-5 years, sockeye – 2-6 years, coho – 2-4 years, chinook – 3-7 years. 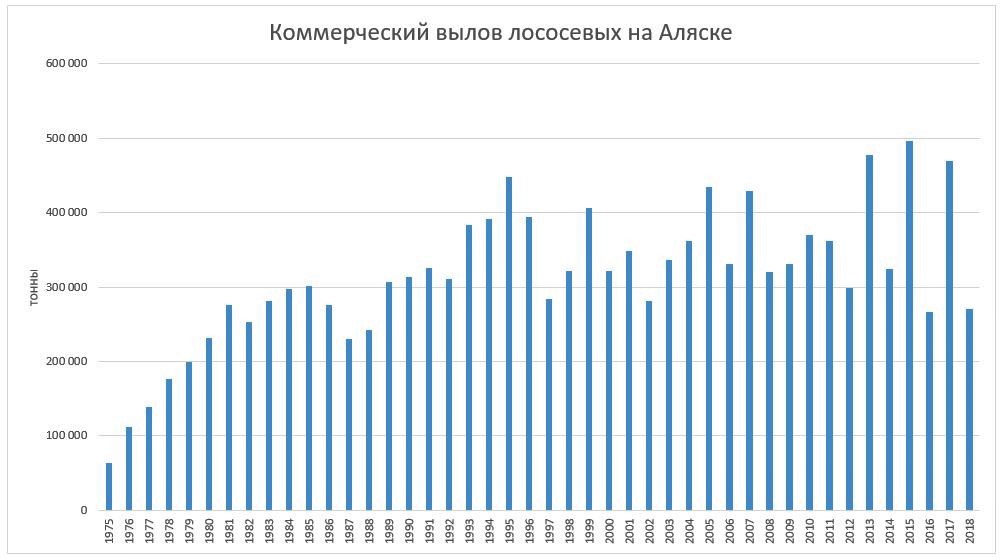 Source: www.adfg.alaska.gov, Alaska Department of Fish and Game
The next table demonstrates Alaska wild salmon historical harvest ranking for the period 1975-2018. Seven most successful harvests took place in odd years, and the three most successful - in 2013, 2015 and 2017. In 2019, the catch is still lower than in 2017, but according to the preliminary estimates by Alaska Department of Fish and Game, the total harvest will be 84% more than in 2018. 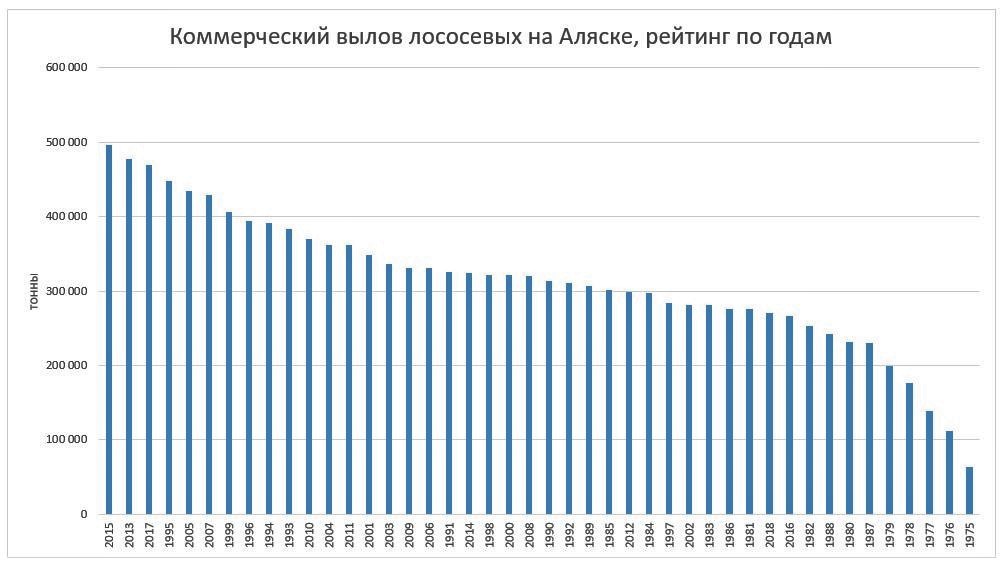