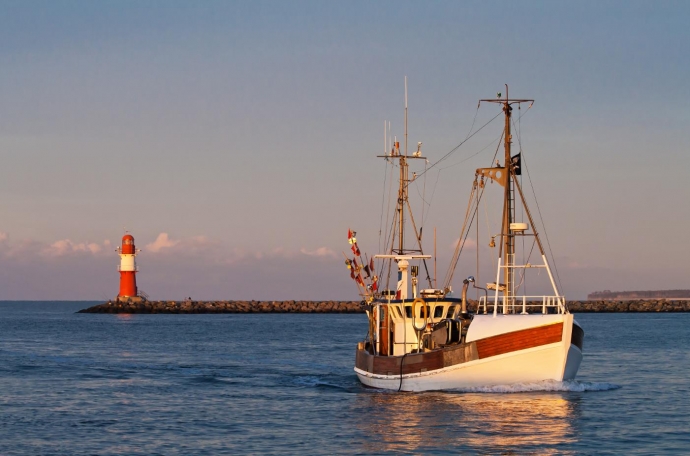 Sea fishing, despite the protracted crisis of ocean fishing under the flag of Ukraine, as well as the difficult last few years for the country during which Russia occupied the Crimea, remains an important source of valuable biological raw materials for Ukraine and, therefore, a component of food security.
For the Ukrainian fisheries, the Sea of ​​Azov and the northwestern part of the Black Sea (not occupied by the Russian Federation) are still available. Ukraine also retains membership and opportunities for expeditionary fishing in the area of ​​responsibility of the Commission for the Conservation of Antarctic Marine Living Resources (CCAMLR) and the Northwest Atlantic Fisheries Organization (NAFO).
The total resource of aquatic biological resources available for Ukrainian fishing in the Azov-Black Sea basin is more than 120,000 tons per year, of which about 80% are the resources of the Sea of ​​Azov (mainly gobies and mass pelagic fish species - tyulka and hamsa).
In recent years, the salinity of the Sea of ​​Azov has grown more than 14 ppm, which contributed to the restoration of industrial stocks of generative marine fish species - Pilengas and Azov Kalkan. It is expected that these species will be included in the list of major commercial species for the coming years.
The main industrial facilities for Ukraine in the Black Sea are sprats, as well as some invertebrates (raps and shrimps).
The real average annual catch of Ukraine of aquatic biological resources in recent years has amounted to about 30 thousand tons in the Sea of ​​Azov and about 7 thousand tons in the Black Sea.
Ukraine received more than 22 thousand tons of aquatic biological resources (mainly Antarctic krill) in 2018 in the CCAMLR zone, where, in addition to krill, very valuable species of iklacha are also mined (about 470 tons of catch in 2018).
At the same time, the use of the stock of Antarctic krill is actually carried out at a level of less than 0.5% of the estimated stock of this species, and the limit for the removal of eggs is kept at a level of less than 4% of the estimated stock. Thus, there remains a huge potential for the development of fisheries in the Antarctic marine zone.
Unfortunately, Ukrainian fisheries today (and for more than 10 years) are not represented in the NAFO zone, although Ukraine maintains an individual quota of sea bass (150 tons), and it is also possible to extract certain types of fish and invertebrates according to the "Olympic" system. Perhaps this may be a challenge and another direction for the restoration of expeditionary ocean fishing in Ukraine in the coming years.
Based on materials from Konstantin Demyanenko, Institute of Fisheries and Marine Ecology.
Fishery