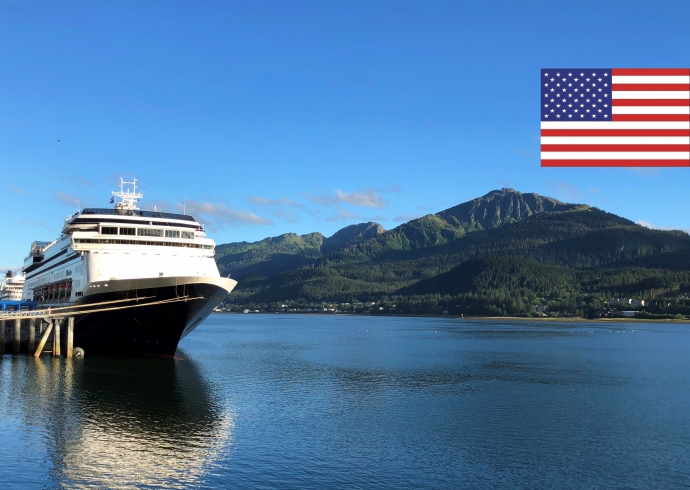 For the first time in the last 10 years, the "Seafood Marketing USA" program was prepared and organized for the representatives of the Ukrainian fish industry, which was held from July 21 to August 2, 2018 in Alaska and Washington State on the western coast of the United States.
The following candidates were selected to participate in the program:
1. Dmitry Zagumenny - General Director of the Association of Ukrainian Importers of Fish and Seafood.
2. Timur Aliyev is the import manager of OOO "Silpo Food" (Fozzy Group).
3. Alexander Blindyuk - the head of fish and seafood processing LLC "Flagman Seafood".
4. Svetlana Kuriganova - Head of the purchasing department of the "Fresh" group of "ATB-Market" LLC.
5. Dmitriy Protsenko is a leading specialist in procurement of LLC Interrybflot.
6. Anastasia Lushchik - Head of Don Mare Network Development (Universal Fish Company LLC).
7. Roman Prikhodko - LLC "Albacor" (Klion Group).

The duration of the program was 12 days. During this time, the representatives of the fish industry of Ukraine got acquainted with the national traditions of Alaska, the culture of consumption of fish and seafood, the importance of the fishing industry for the economy of Alaska and the USA as a whole, the peculiarities of fishing and processing of salmon, pollock, cod and crabs, and visited some fish processing plants and fish company of the USA.

The first day. City of Anchorage.
Anchorage is the largest city in Alaska with a population of 300,000 people. At the same time, about 750 000 people live in Alaska.
Alaska prohibits aquaculture in open waters, fish can only be raised in the RAS (recirculating aquaculture system) or USV (closed water supply installation). The Ukrainian delegation visited one of such fish incubators, where salmon are bred to maintain their population size. 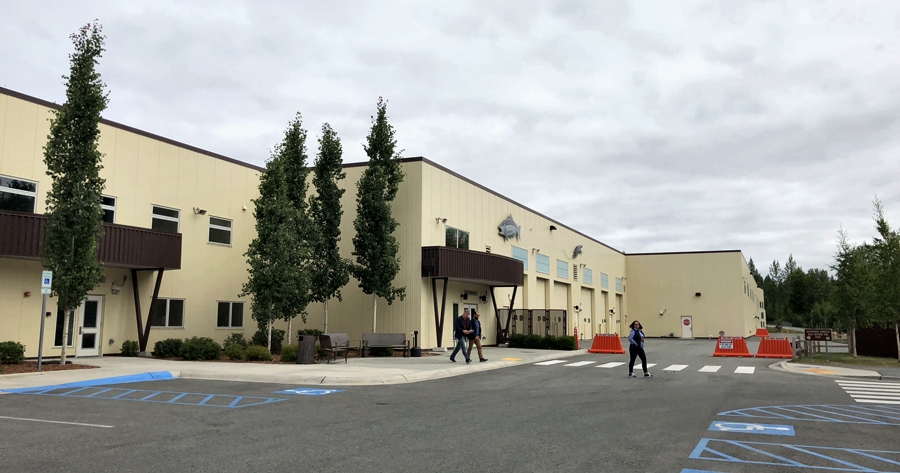 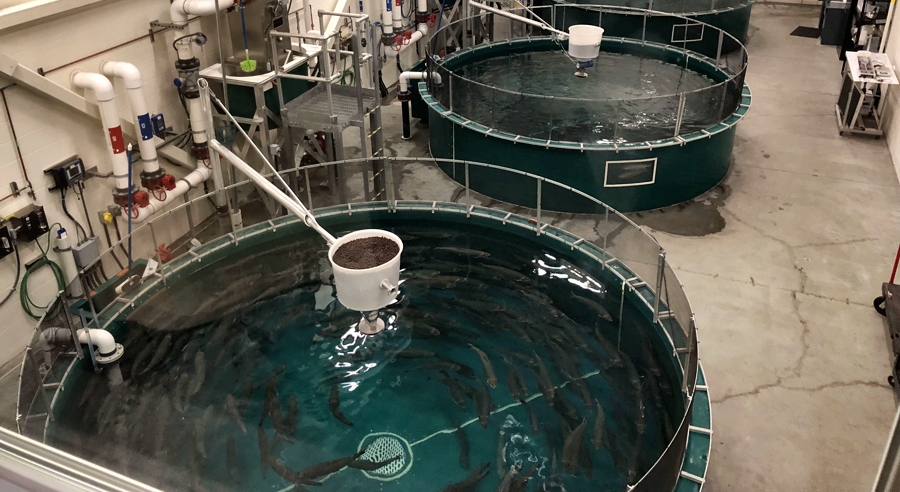 This enterprise was built in 2011 and is a fish incubator in which about 5 million individuals of such kinds of salmon are annually raised from eggs to young fish: chinook salmon, coho salmon, rainbow trout, Arctic char.

Visit the museum of the city of Anchorage. 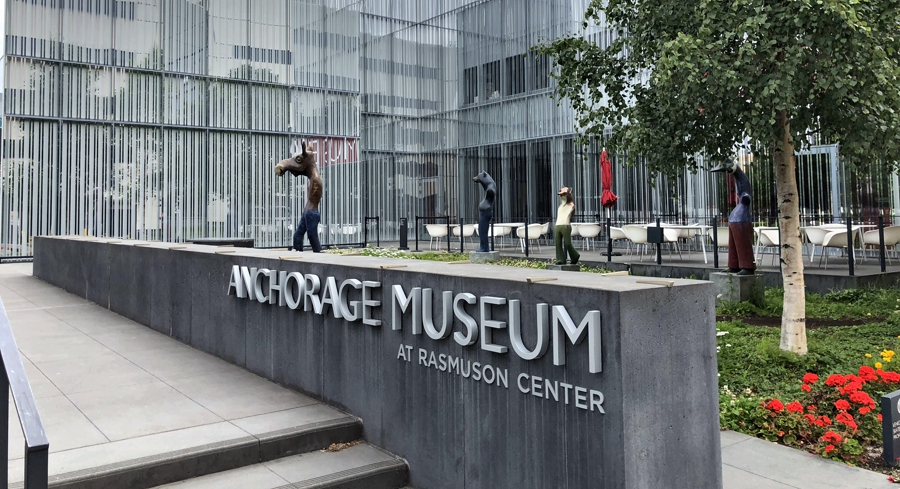 Visit the Aviation Museum of Anchorage. In the vast expanses of Alaska, to have an airplane is sometimes much more convenient than a car. And there is not only a great number of planes there, but there is also a special cult of aviation. There are a lot of airports. Any locality, landmark, and simply random at first glance place necessarily has an airfield or airport.

Day two - five. The town of Unalaska (Aleutian Islands) and the port of Dutch Harbor.
Unalaska is a city in the state of Alaska, located on the Unalaska and Amaknak islands in the Aleutian archipelago. There are 4 400 people in the city.

Here is the port of Dutch Harbor. Today it is the largest fishing port in the USA. Every year almost 800 million pounds of fish are caught here, worth more than 200 million US dollars. The main type of fishery: pollock, cod and crab. 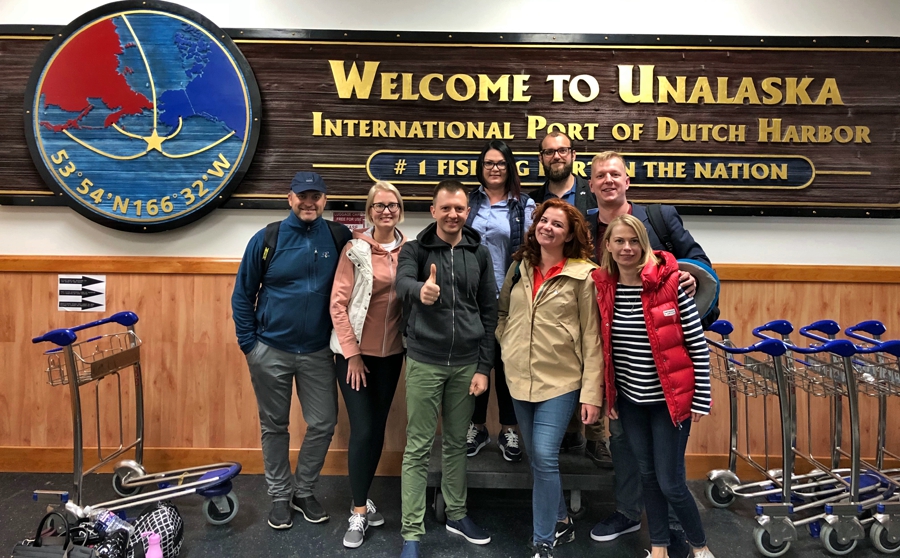 There are several fish processing enterprises.

Every day the plant takes about 1000 tons of fish, mostly pollock from fishing boats. Here it is processed on pollock fillets (larger fish are used) and mincemeat for surimi (hereinafter "crab sticks"). At the output of the DAY, 100 tons of pollock fillets and 200 tons of surimi are produced.
Visit to the company Kloosterboer. 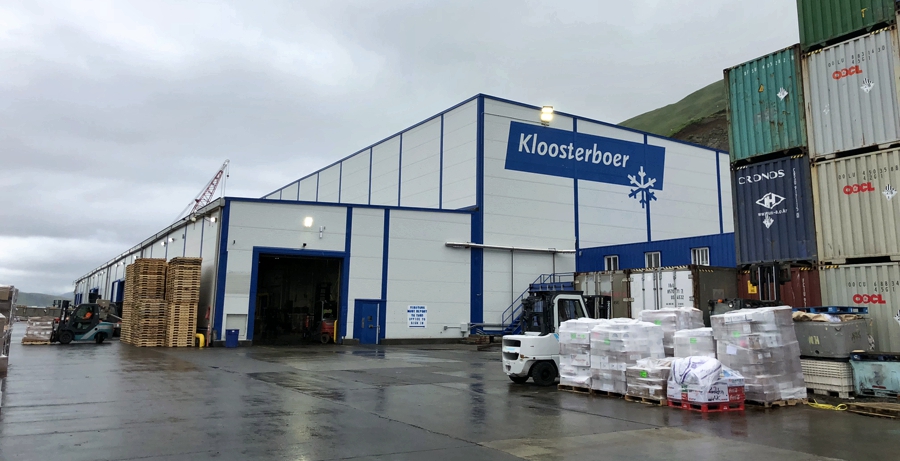 This company has the largest freezer, which can store up to 20,000 tons of finished packaged products (pollock fillets and Surimi from pollock) at a temperature of -22 degrees. How it all happens. The company has 5 vessels that catch pollock and directly process it on these vessels, freeze and pack. Another vessel is used exclusively as a floating plant, to which its harvest of a smaller vessel is unloaded. 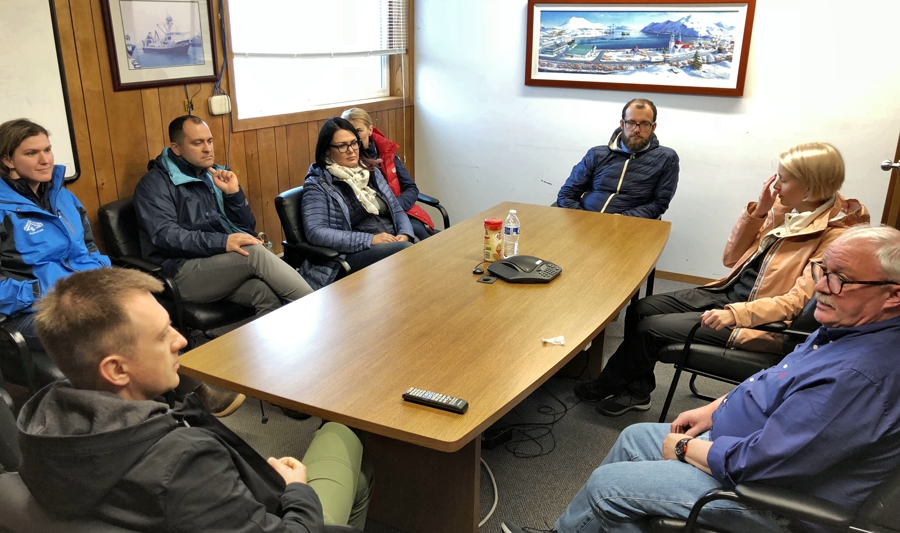 It should be noted that in Alaska there are 2 seasons of pollock fishery: season A (from January to March) and season B (June-August). Season A is the most productive and at this time there is a maximum catch and, accordingly, loading of plants. For example, at the plant on the line of pollock roe in summer (season B) only 3 people work, and in winter (season A) 18 people work.

Visit to the fishing vessel Dominator. 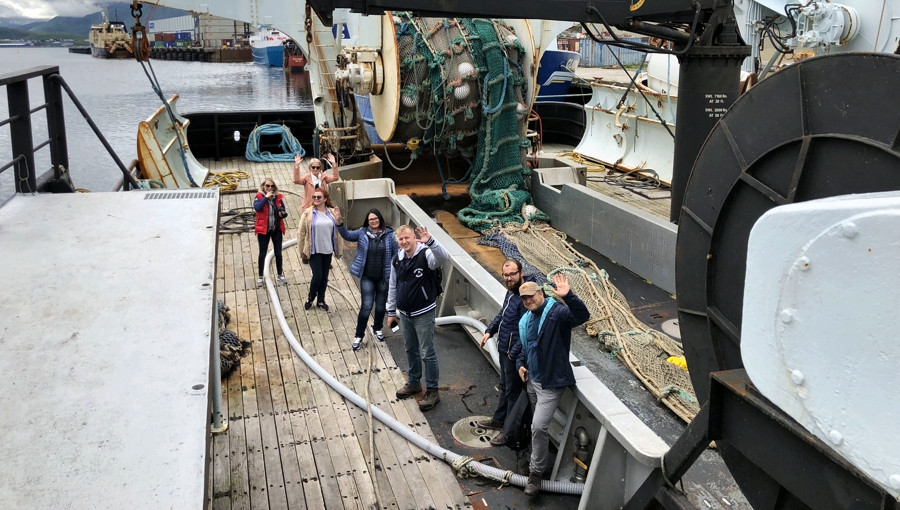 Meeting with the mayor of Unalaska Frank V. Kelty. 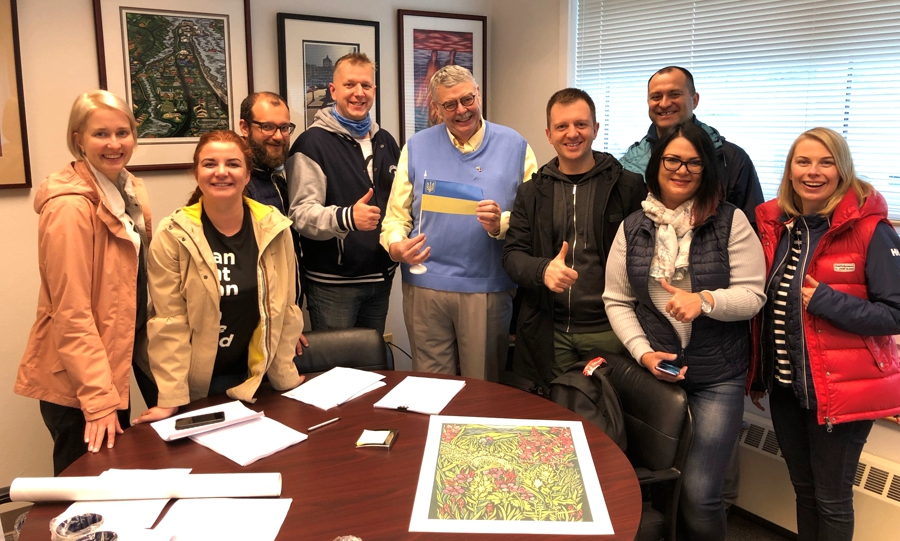 Interview for the radio station of the Aleutian Islands. 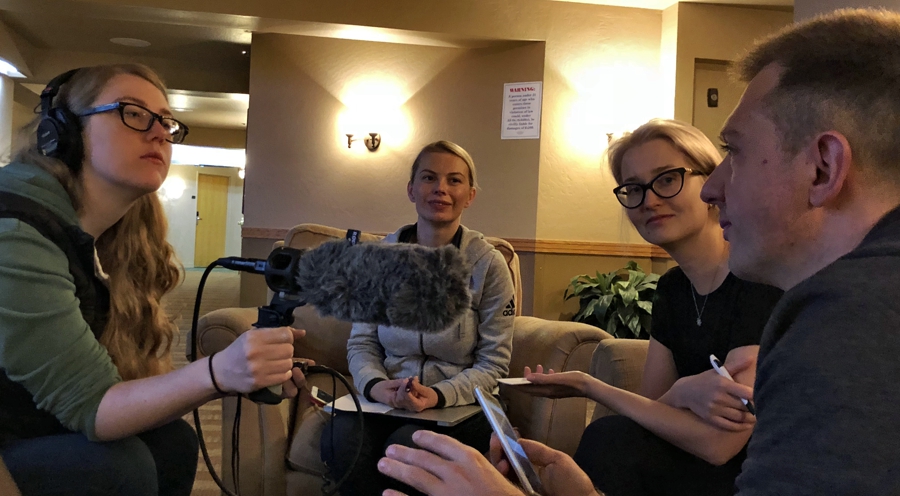 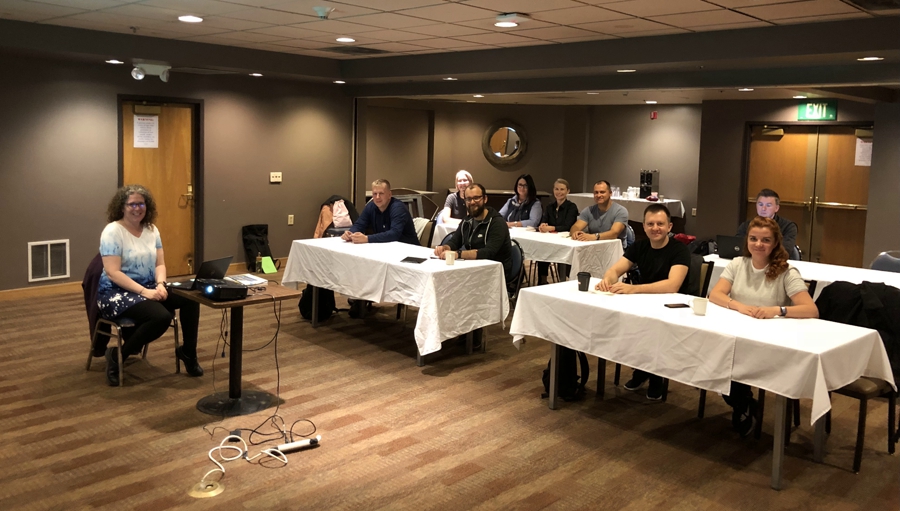 Day six - nine. The city of Juneau.
Juneau is the capital of Alaska. The city is home to 33,000 people. The city was founded in 1881, shortly after the discovery of the gold fields. Named after the gold digger Joseph Juneau. 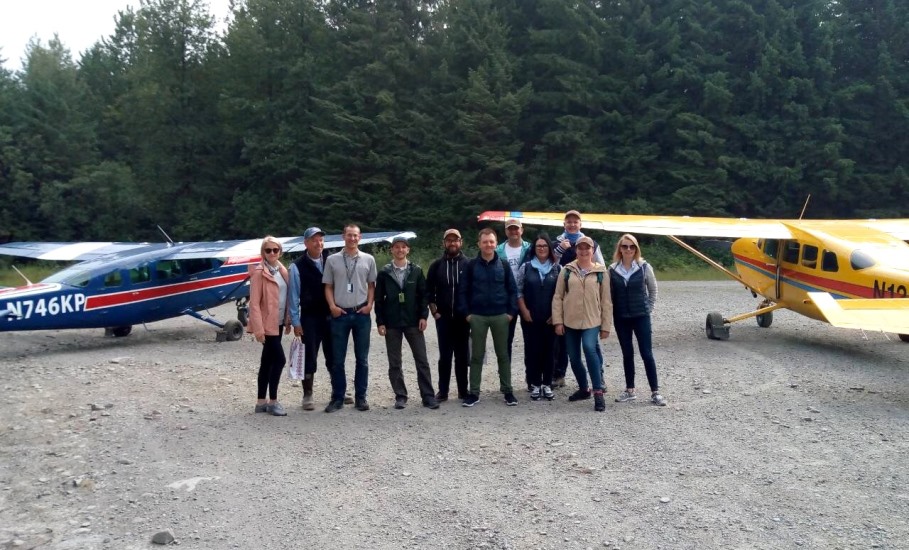 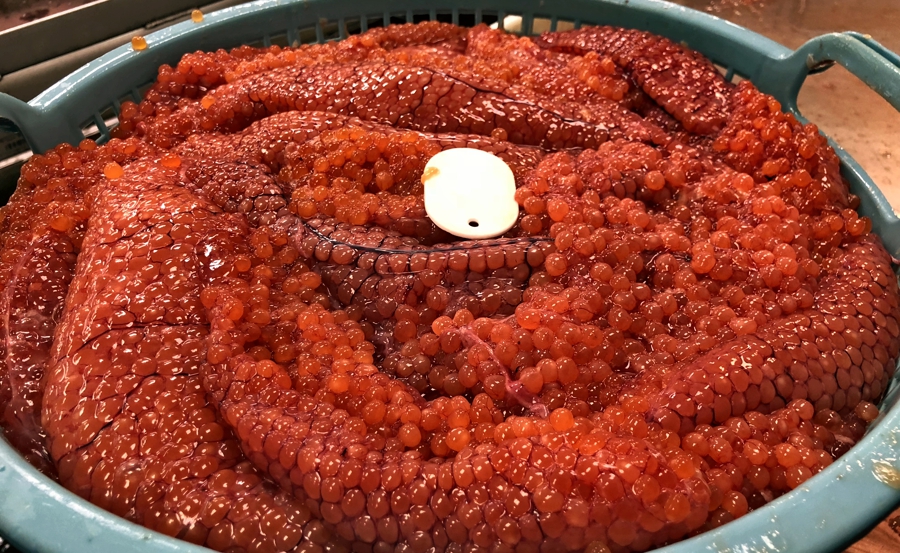 You can get to the enterprise only by water or by plane. 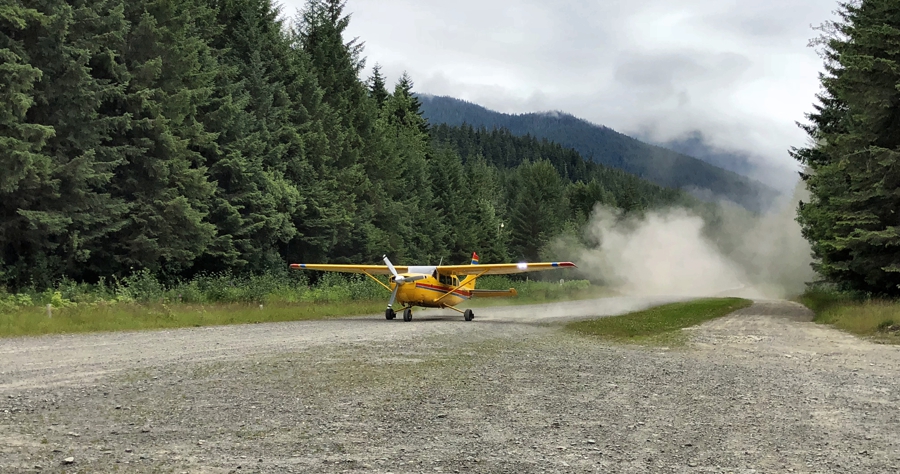 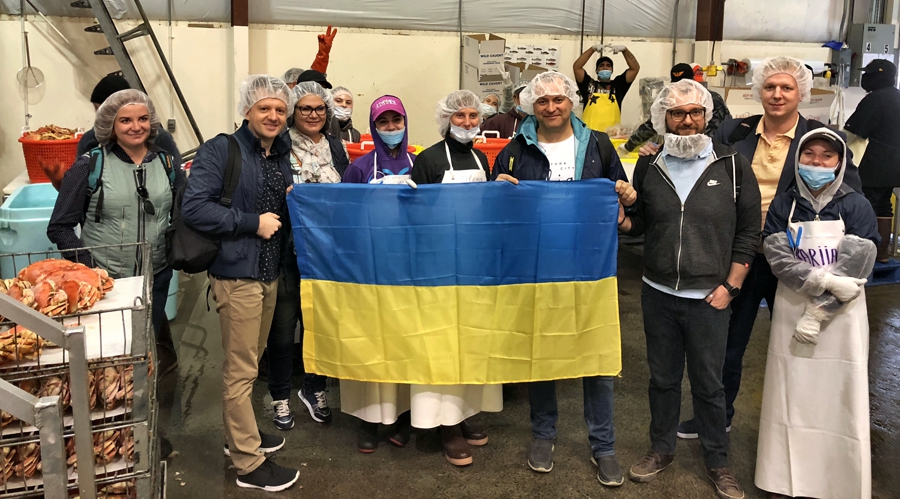 The company is engaged in the processing of salmon, red caviar and crab. The company is relatively new (about 20 years) and small. The company employs about 120 people, while almost 80 people are Ukrainians. 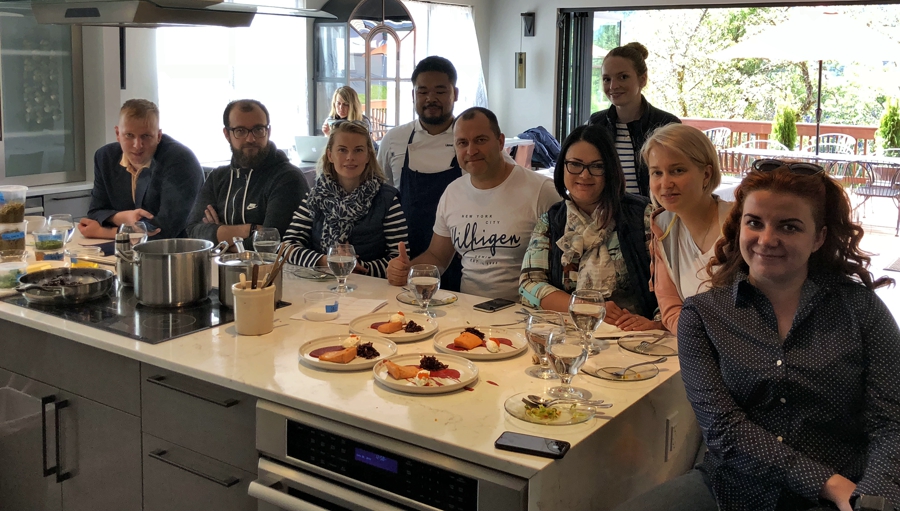 Visit the office of the Institute of Seafood Marketing in Alaska (ASMI).
For the Ukrainian delegation held a seminar on fish consumption in the US, on the graduation of consumers, the latest trends, the results of various studies. 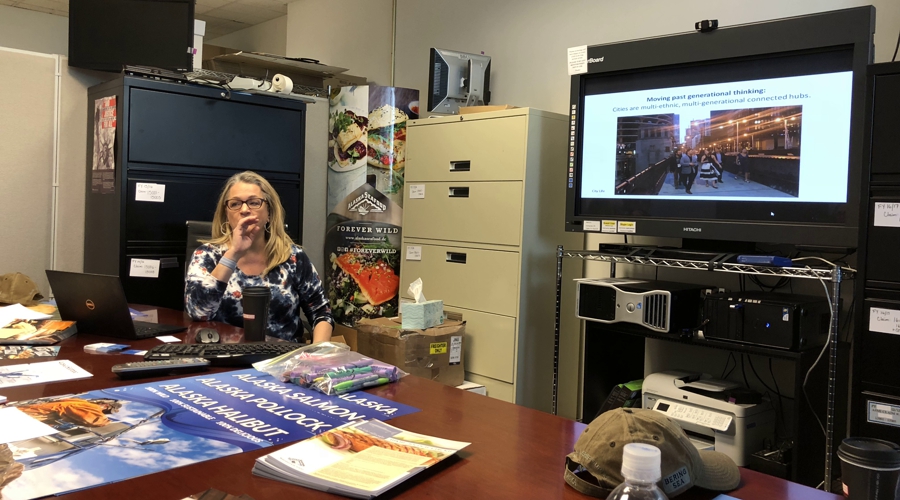 Visit to the salmon fishing site. 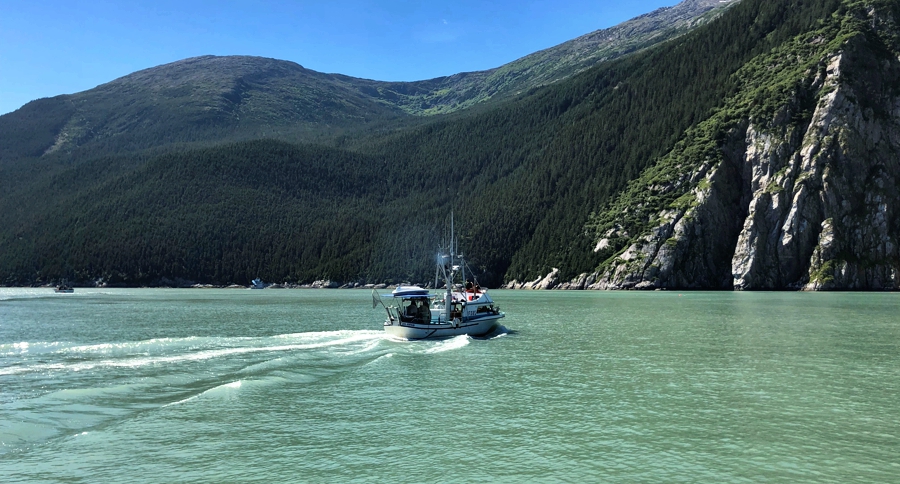 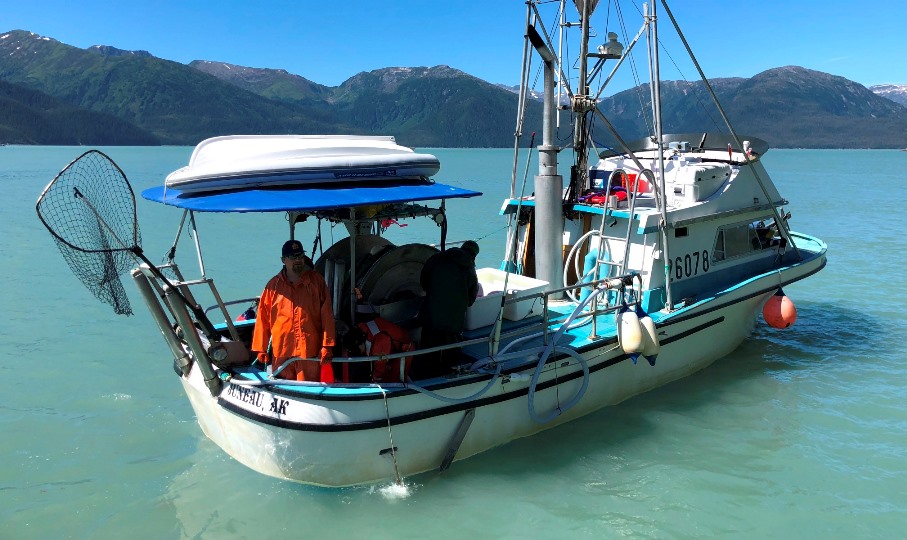 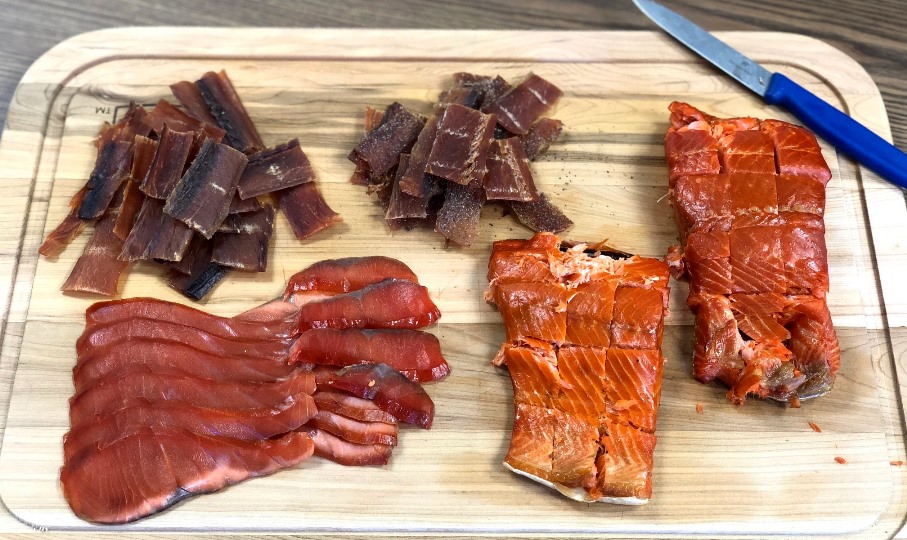 Day ten - twelfth. City of Seattle.
Seattle is the largest city in the northwest of the US and in Washington State, a major seaport. It also houses the Pike Place Market, the famous seafood market on Seattle, where fish and seafood are sold. 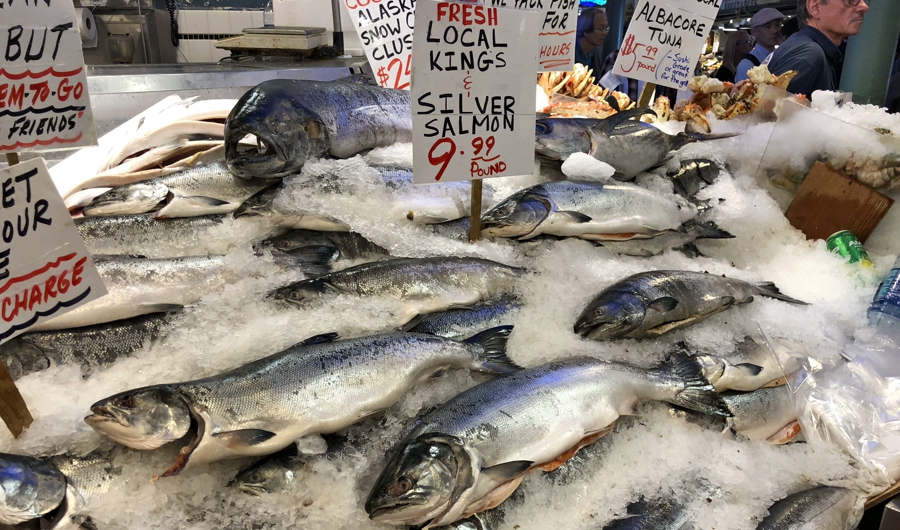 Also in Seattle are the headquarters of the largest fish companies in the United States.
Visit the office of the company Trident Seafood. 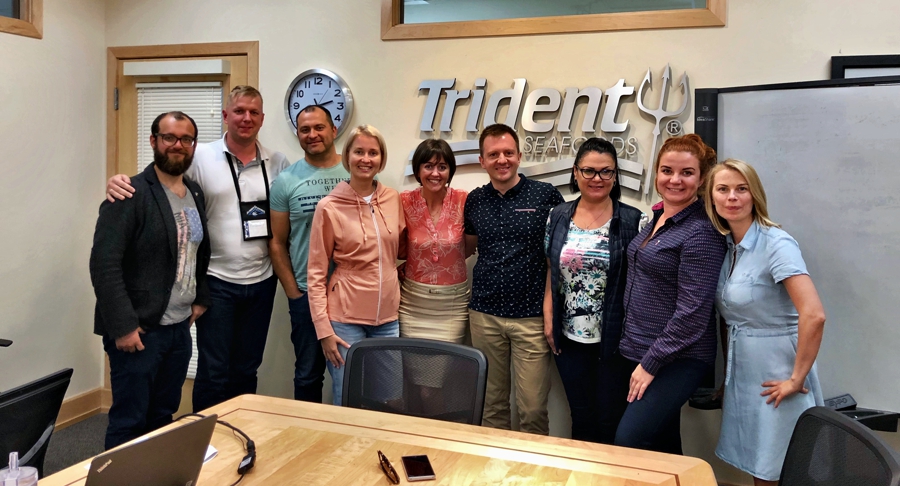 Visit to the office of SOGDA Limited. 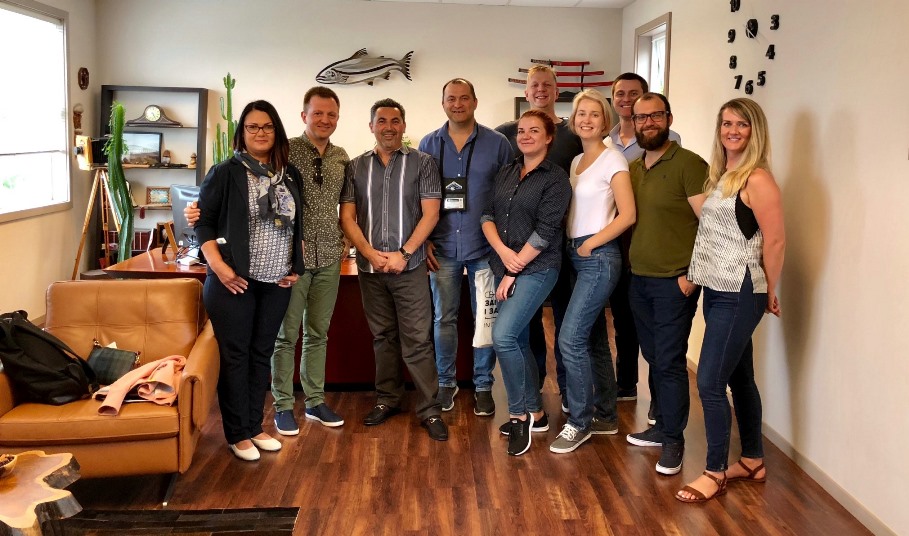 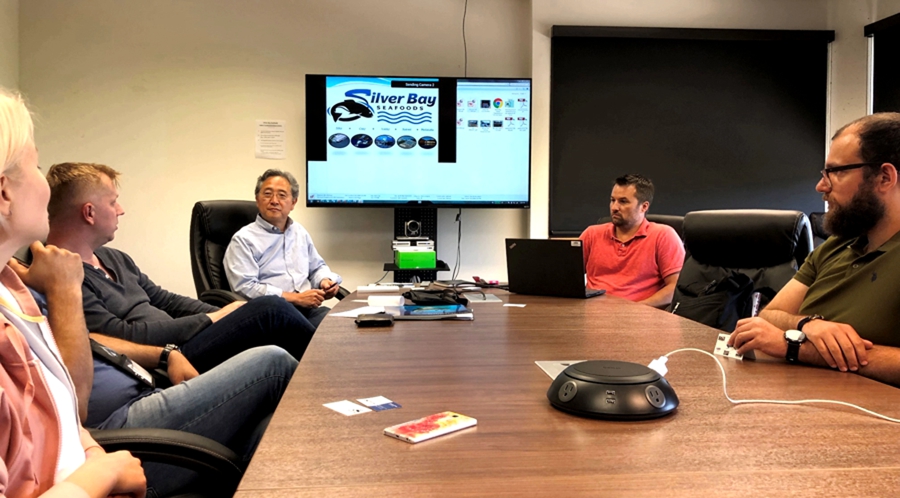 The trip was organized by the US Department of Agriculture (USDA) under the Cochran Fellowship Program, as well as the foreign agricultural service of the US Embassy in Ukraine and the Alaska Seafood Marketing Institute (ASMI), whose representatives directly conducted the program and accompanied the Ukrainian group during the stay in the USA.
News of Ukraine