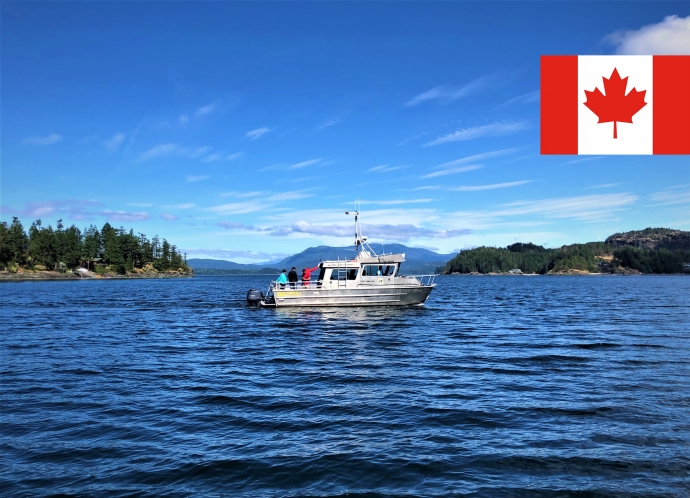 For the first time for representatives of the fish industry of Ukraine, a program was prepared and organized to familiarize with the Canadian fish industry, which took place from 10 to 22 June in the province of British Columbia (Pacific Coast), on Prince Edward Island, in the provinces of New Brunswick and Nova Scotia, also on the island of Newfoundland (Atlantic coast).
The initiator of the trip was the head of the Association, Dmytro Zagumennyy. The trip was organized by the Government of Canada at the federal and provincial level, with the assistance of the Trade Commissioner of the Canadian Embassy in Ukraine, Liliana Zhylina.
The following candidates were selected to participate in the program as part of the Ukrainian delegation:
1. Dmytro Zagumennyy - General Director of the Association of Ukrainian Importers of Fish and Seafood.
2. Julia Baranova - Silpo Food Company (Fozzy Group).
3. Irina Zelenskaya - Albacor Company (Klion Group).
4. Vladimir Genis - Flagman Seafood Company.
5. Yuri Aristov - Atlantic Yumma company.
6. Universal Fish Company. 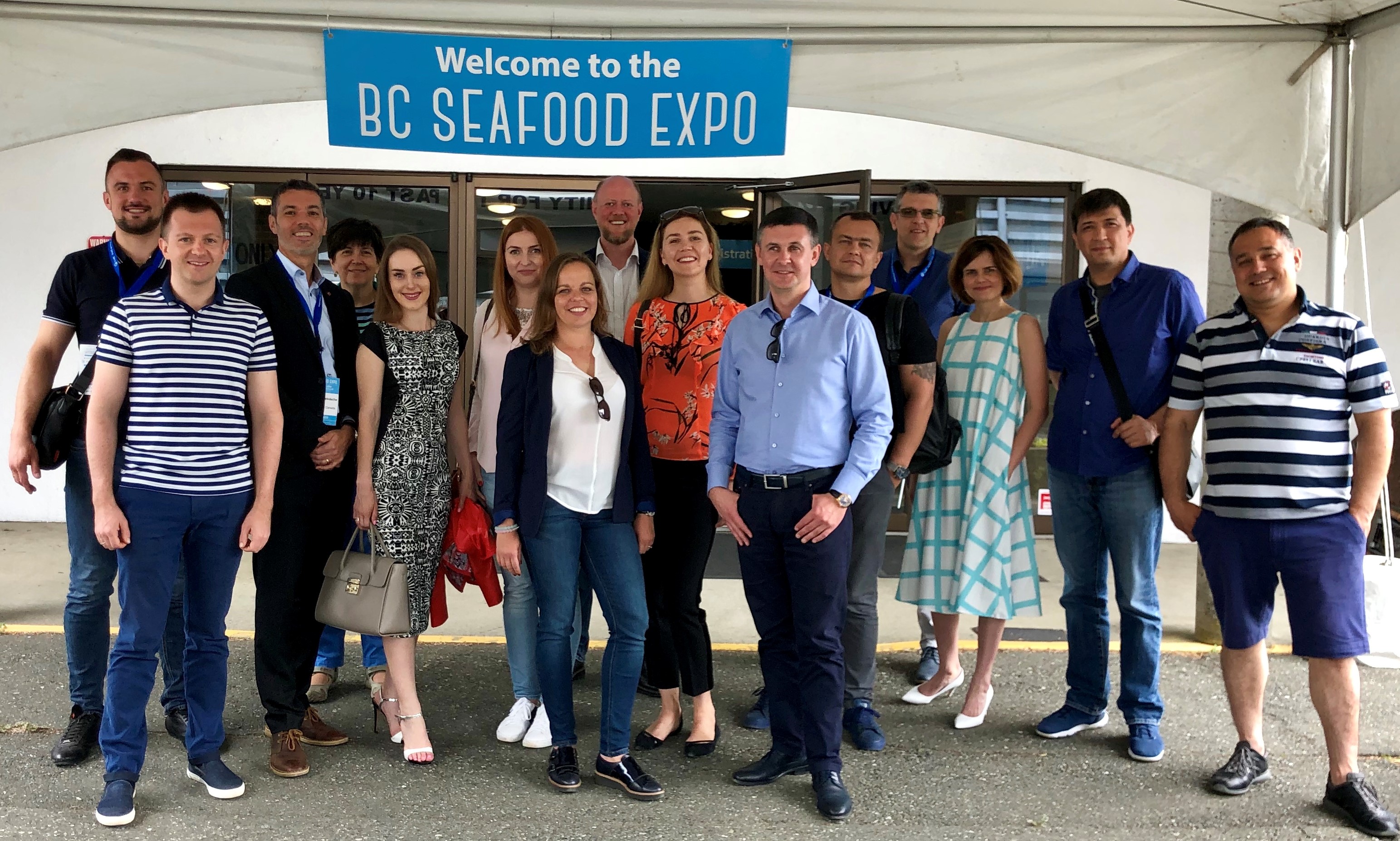 In addition to the Ukrainian delegation, representatives of such countries as Poland, Croatia, Serbia, and Uzbekistan participated in the program.
The duration of the program was 12 days. During this time, program participants familiarized themselves with the national traditions of Canada, the importance of the fishing industry for the economy of individual provinces, as well as the characteristics of fishing and processing of hake, salmon, crab, shrimp and lobster.
In addition, the program included meetings with Canadian suppliers of fish products and visits to fish processing plants and fish companies in Canada. 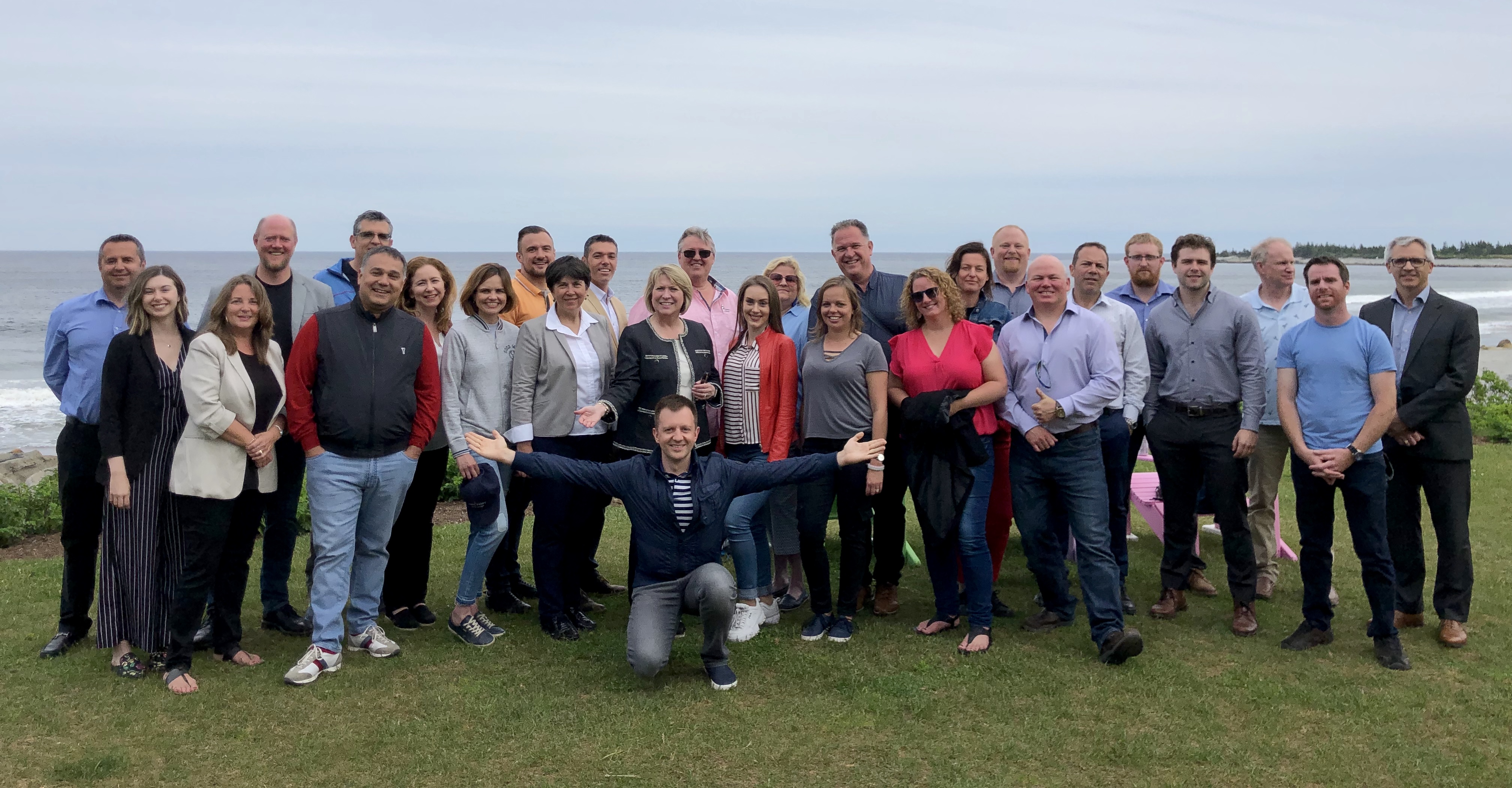 For reference
Due to the uniqueness of its geographical location, Canada has the longest coastline in the world - 244 thousand km. (along the Arctic, Atlantic and Pacific Oceans). The area of ​​the 200-mile economic zone is 3.7 million square meters. km
Canada has 16% of the world's fresh water (more than 755,000 sq. Km.). Four of the 14 largest lakes in the world are located on its territory. On the coast of Canada lives 7 million people, whose life, to varying degrees, depends on marine resources. The fish industry in Canada employs 130 thousand people, of which 60 thousand people. are engaged in direct fishing. Canadian fishing fleet in 2006 totaled 16,722 ships. The main fishery enterprises are located in the provinces of Newfoundland and Labrador, Nova Scotia, New Brunswick and British Columbia. 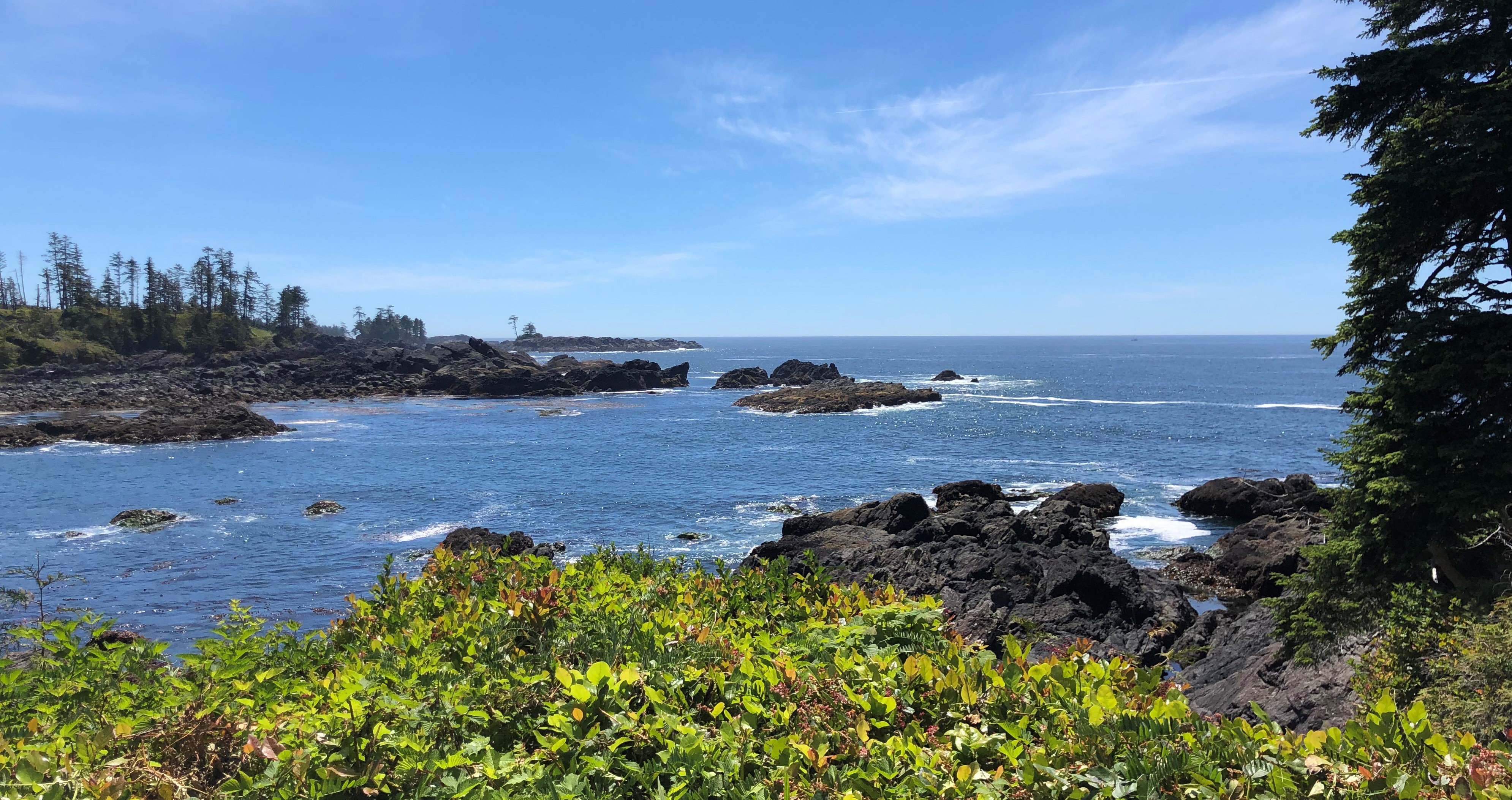 The average annual catch amounts to about 850,000 tons per year. At the same time, Canada exports more than 75% of the total volume of fish and seafood. The provinces share the export as follows: Nova Scotia - 25%, British Columbia - 23%, Newfoundland - 21%, New Brunswick - 14%, other provinces - 17%.
In 2018, Canadian seafood imports to Ukraine amounted to 24,000 tons, worth $ 40 million. The most popular items are frozen hake, cold-water shrimp, flounder, halibut, lobster meat, live lobster, capelin. Ukraine is the fourth largest importer of fish and seafood from Canada in terms of volume and the first in Europe. 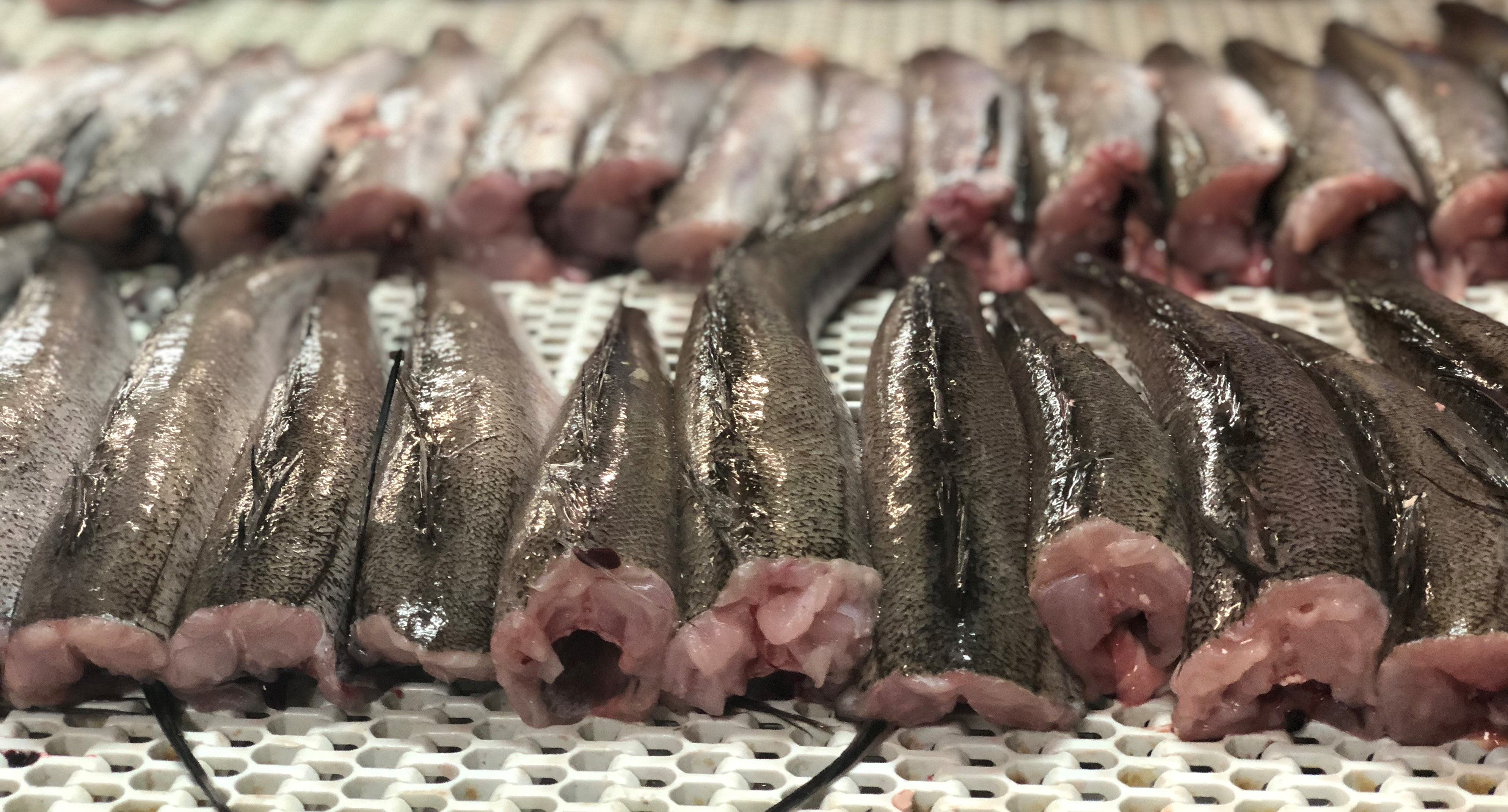 History reference
“The fish resources of Newfoundland are inexhaustible. They are more valuable to the empire than all the silver mines of Peru, ”said an English essayist of the early 17th century, Francis Bacon (1561-1626). Even now, despite sharp cuts in fish and a government moratorium on cod fishing, Newfoundland earns millions of dollars annually on exports of fish and seafood.
Once the inhabitants of Newfoundland despised crabs. They recognized only one catch - cod. In the local dialect, the word "fish" has become synonymous with the word "cod." Cod lived here for the same reasons as the fishermen: abundant food. The warm waters of the Gulf Stream and the cold waters of the Labrador Current are found and mixed in the shallows of the continental shelf, called the Great Newfoundland Bank. They churn minerals from the ocean floor and thereby provide plankton with nutrients. Plankton eats a small fish, which, in turn, hunts cod.
Photo report 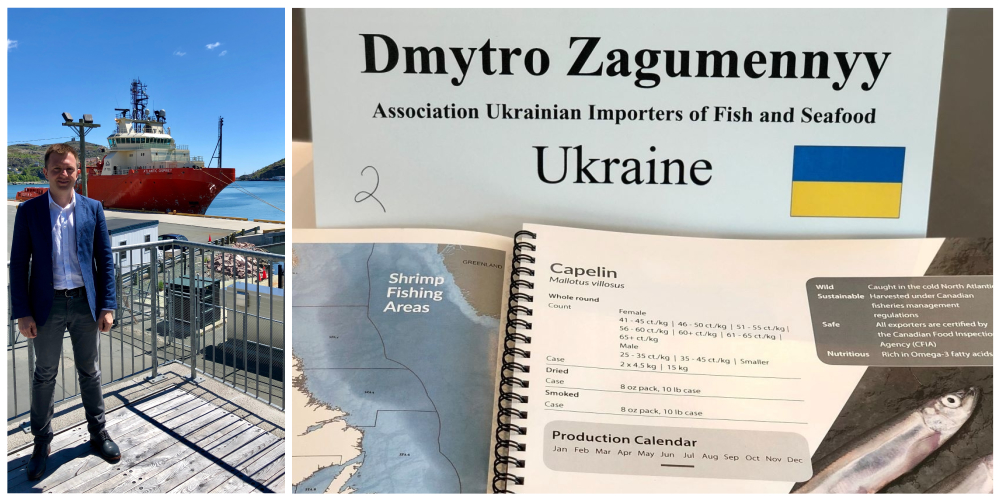