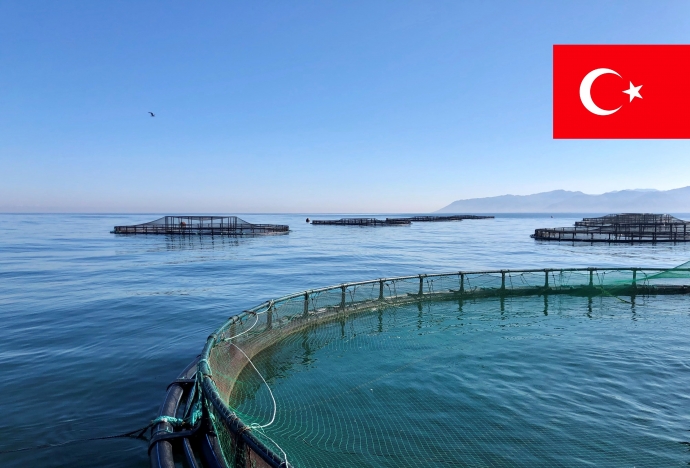 At the invitation of colleagues from Turkey, the Director General of the Association Dmitry Zagumenny took part in the conference on the development of aquaculture and the fishing industry in Turkey, which was held February 26-29, 2020 in Antalya, at the Titanic Mardan Palace hotel. The conference was attended by over 700 delegates, representatives of the fishing industry in Turkey.
The conference was organized by the Union of Aquaculture Producers of Turkey, which was created in 2009 with the approval of the Ministry of Agriculture and Forestry of Turkey in accordance with the provisions of Law No. 5200 on associations of agricultural producers. The membership of the Turkish Aquaculture Producers Union is 18 fish associations, which together number about 1,000 members.
After the conference, visits to fish farms and companies on the Black Sea coast were organized in cities such as Trabzon and Samsun, as well as fish farms and companies in the cities of Izmir and Bodrum.
Aquaculture in Turkey
Aquaculture farmers have the same problems and solutions. Moreover, in Turkey there are more than 2000 fish farms. If each farmer tries to solve the problem on his own, this will not lead to a comprehensive solution and will lead to a significant loss of time by each of them. Therefore, it is much more efficient to transfer such requirements through specialized fish associations.
Thanks to the close interaction of the Fish Associations and the relevant ministry, it was possible in a short period of time to solve the main problems of farmers and significantly increase the volume of aquaculture, attract additional investment in the industry, employ thousands of people and take the fishing sector to a new level.
This all became possible thanks to the adoption of a special program for the development of the fishing industry in Turkey, launched in 2012. The program included:
- the allocation of new areas for the placement of farms in the seas, rivers and reservoirs;
- financial support (farmers can receive from 0.5 to 1.5 Turkish lira for each kilogram of fish grown);
- preferential lending to farmers (up to 5 million Turkish liras per application).
State support has allowed a significant increase in aquaculture in Turkey:
2002 - 60,000 tons were grown (income from fish exports - 97 million US dollars).
2016 - 253,000 tons were grown (income from fish exports - 790 million US dollars).
2017 - 276,000 tons were grown (income from fish exports - 854 million US dollars).
2018 - 315,000 tons were grown (income from fish exports - 952 million US dollars).
2019 - 350,000 tons were grown (income from fish exports - 1 billion US dollars).
60% are marine aquaculture, 90% are sea bass and sea bream, and about 10% are trout. The remaining 40% is freshwater aquaculture - trout.
Today, Turkey ranks second in terms of aquaculture in Europe (after Norway) and third in the world in terms of growth. In addition, Turkey is the world's largest producer of sea bass and dorado.
The Minister of Agriculture at the conference announced a new stage of support from the state. The goal is to increase aquaculture in Turkey to 600,000 tons by 2023 and double the income from fish exports to $ 2 billion.
To achieve this goal, new areas were allocated for the placement of farms, the amount of lending was increased from 5 to 10 million Turkish liras, and VAT was reduced from 8% to 1% to stimulate domestic consumption (average fish consumption in Turkey is about 8 kg per 1 person per year. In Ukraine, 14 kg, in the EU about 25 kg).
The main areas where sea bass and dorado are grown are the water area near the city of Izmir (grow about 60,000 tons) and the city of Bodrum (grow about 120,000 tons). In the past few years, cultivation has begun in the area of ​​the city of Mersin, which is a free economic zone.
Fisheries in Turkey
More than 30,000 people work in Turkey’s fisheries. The total fleet is 14,500 vessels.
The annual catch is about 320,000 tons. 75% of the catch is in the Black Sea. The main types of fishing are: anchovies, sardines, sprats, horse mackerel.
Part of the product is used for the production of finished products (preserves, smoking, salting), another part is used for the production of fishmeal and fish oil.
Seafood import is 100,000 tons. Most fish is imported from Norway.
Export is carried out to more than 80 countries of the world.
For cooperation and providing contacts of Turkish suppliers, write to the email: office@uifsa.ua
Photo report 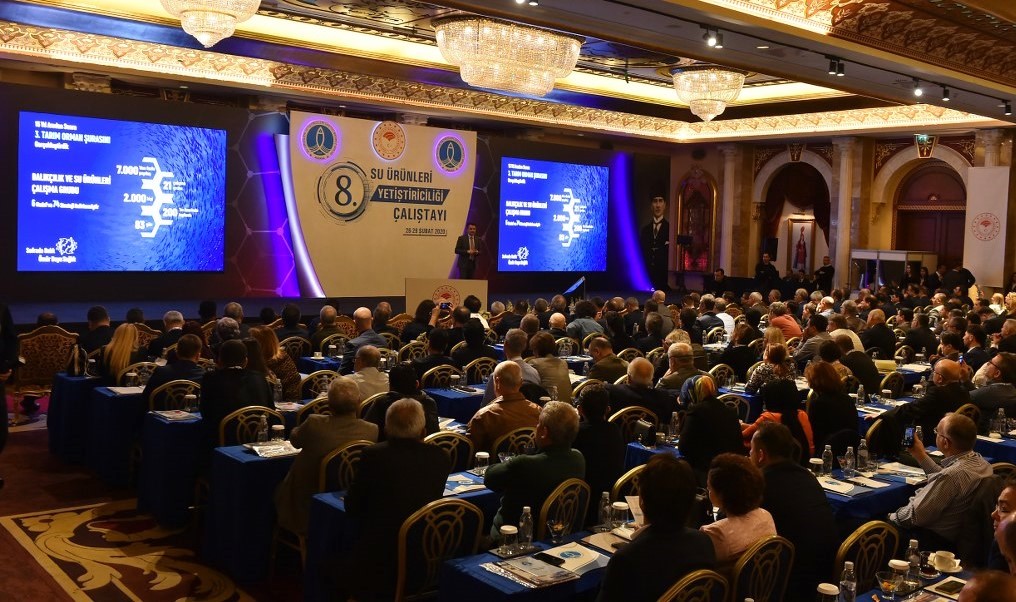 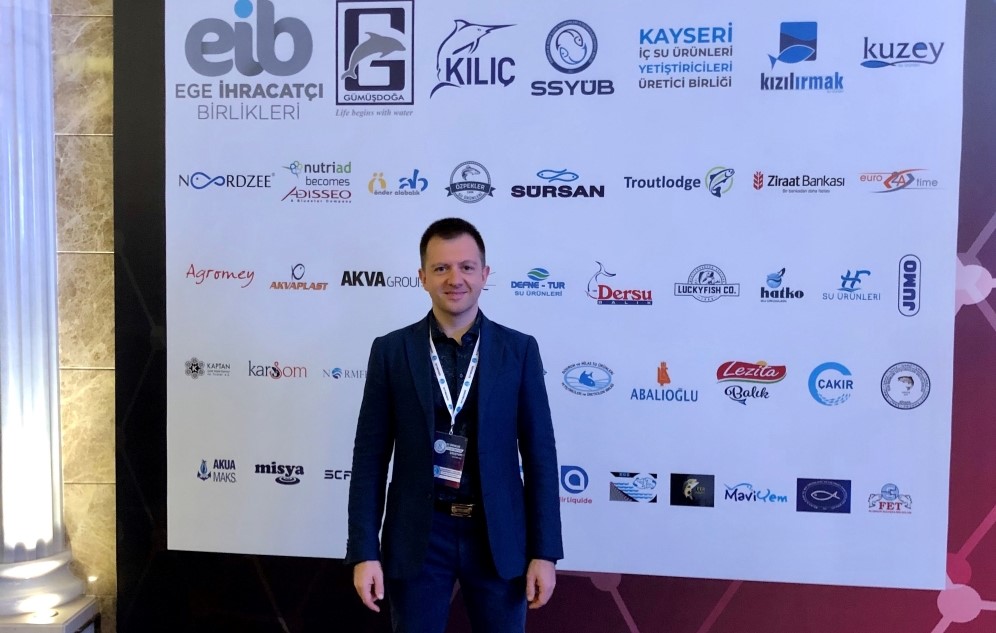 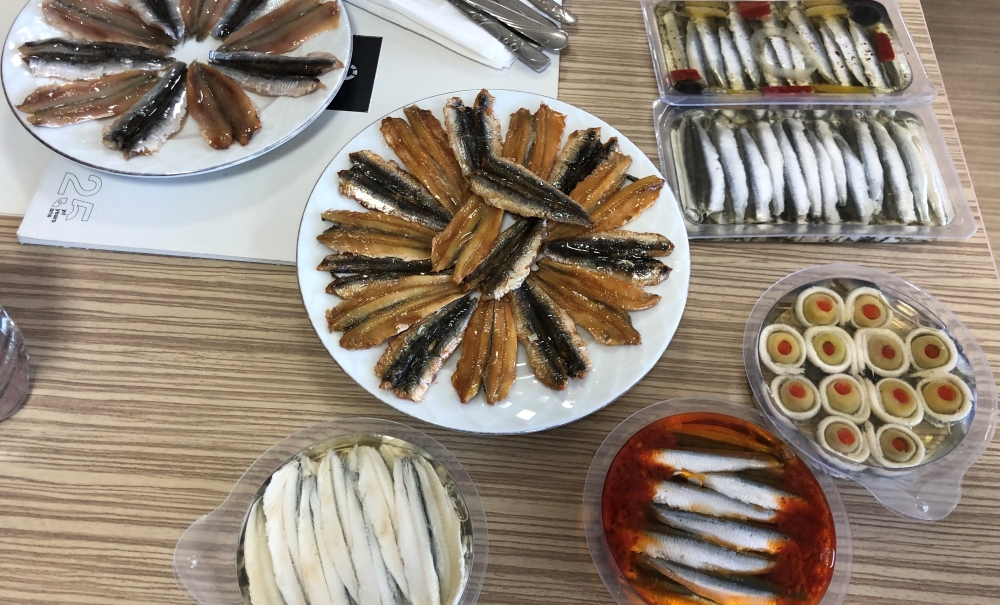 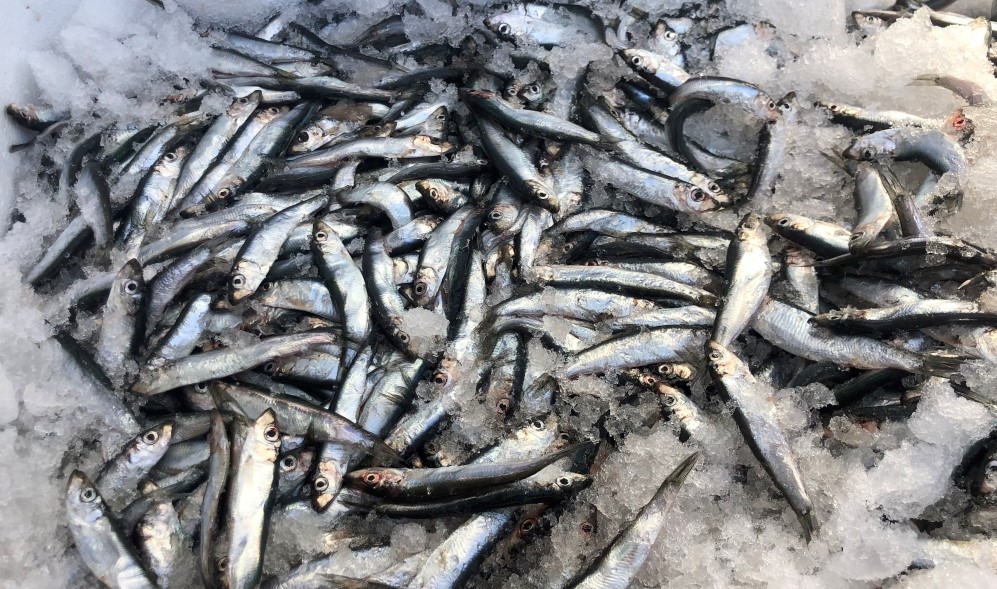 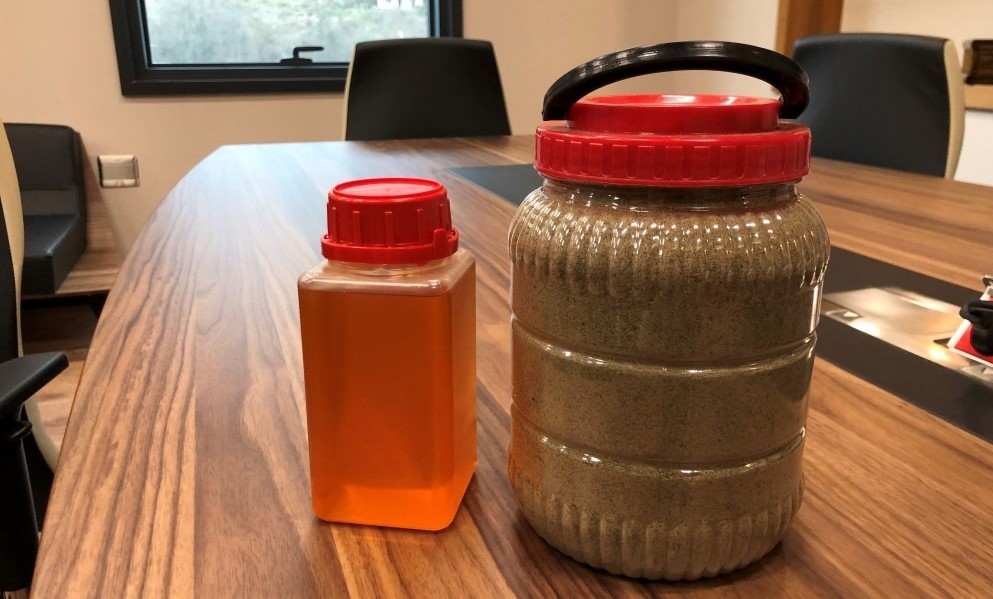 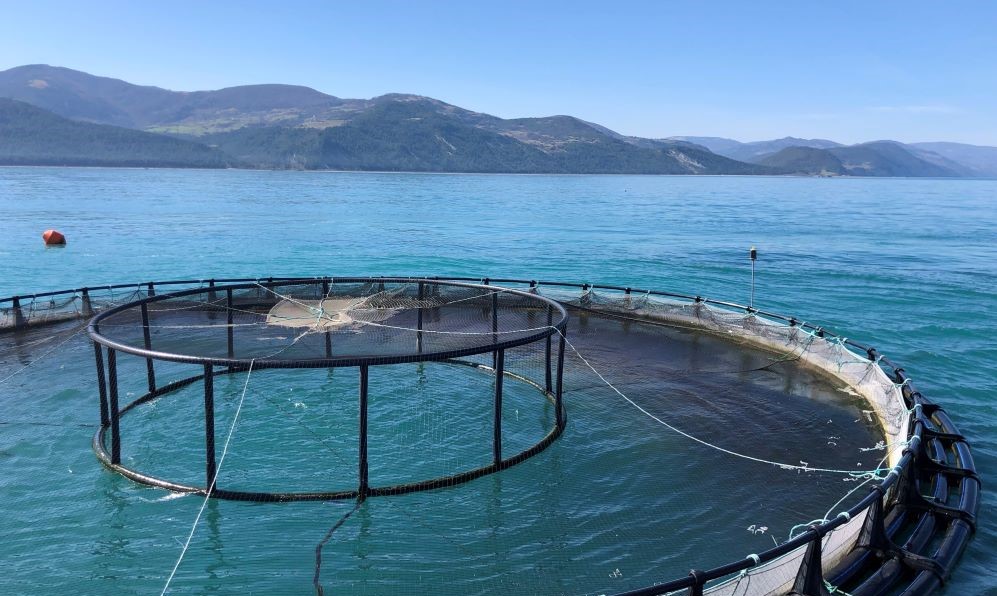 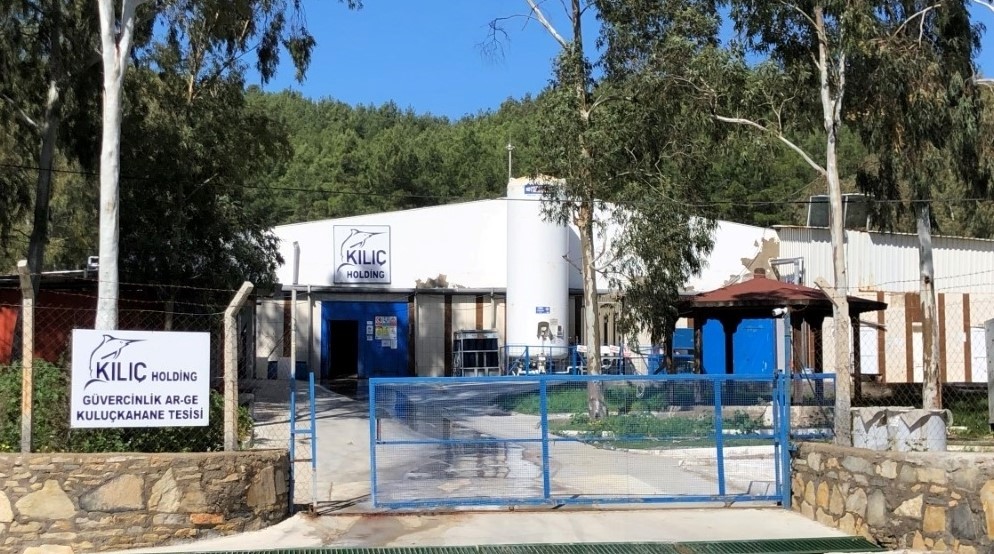 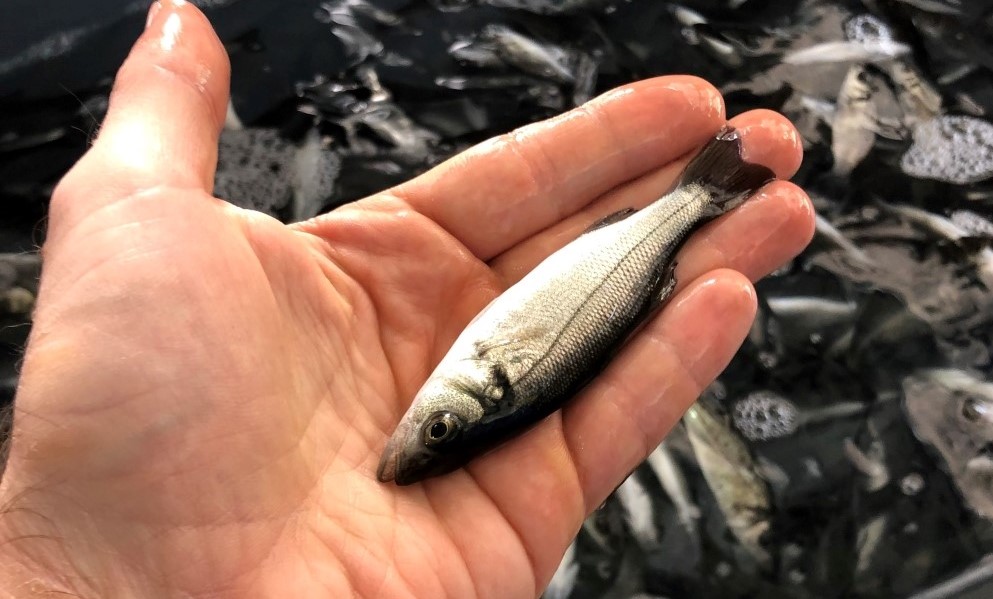 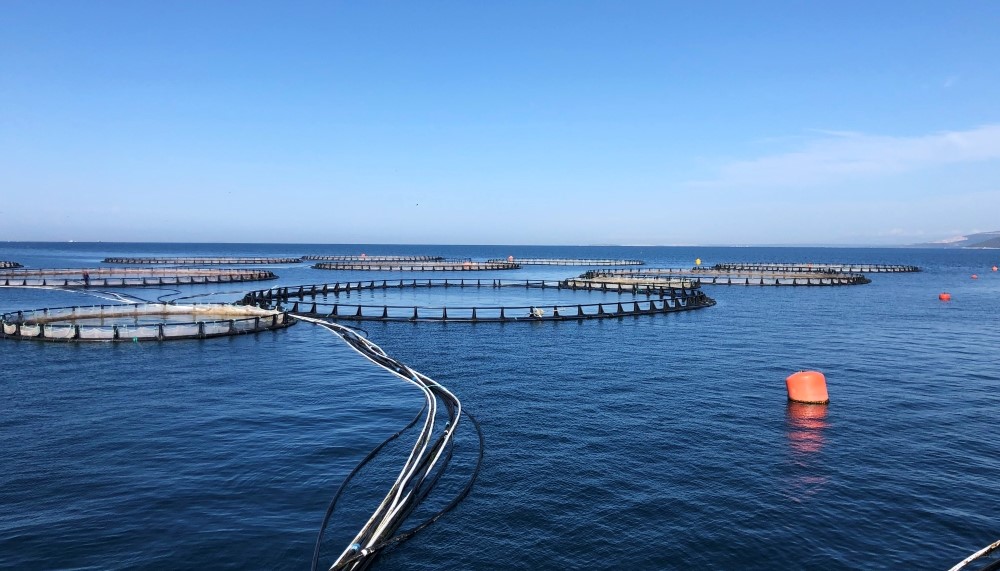 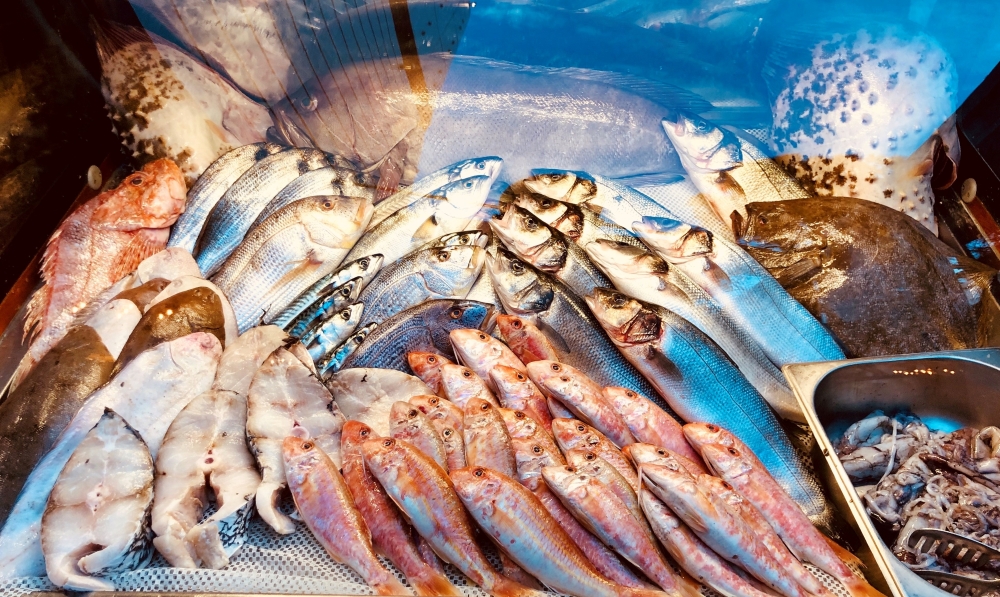