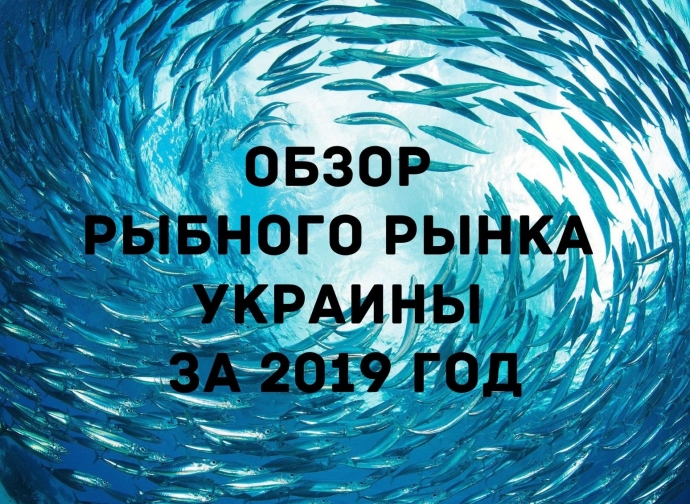 A significant increase in the consumption of fish and seafood has contributed to improving the diet of the population around the world due to the diverse and nutritious foods. Today, fish accounts for about 18% of animal protein in the diet of the world's population and 7% of all protein consumed by it. Fish consumption is growing faster than meat consumption of all land animals in general (2.8%).
Today, fish and fish products have occupied the most important place in world trade. In 2016, the share of fish produced in the world (food and non-food), in various forms, which fell on international commodity markets, amounted to 35%. The total volume of world exports of fish and fish products in 2016 amounted to 60 million tons (equivalent to live weight), which is 245% more than in 1976. In the same period, the volume of world trade in fish and fish products increased significantly in monetary terms: exports grew from $ 8 billion in 1976 to $ 143 billion in 2016.
How and due to what was it possible to increase consumption in the world?
The latest general global information is provided by the FAO with a delay of about 2 years, since it is quite difficult to collect statistics from around the world and prepare a comprehensive report. A new report is due out in 2020, including data for 2018.
According to the latest FAO report for 2018 (data for 2016), the total fishery production in 2016 amounted to 171 million tons, of which 90.9 million tons were harvested (wild fish), 80 were aquaculture (farmed fish), 0 million tons.
It should be noted that for several decades, the volume of fishing in the world has not changed significantly and amounts to about 90 million tons per year. The increase in volume occurs only due to the development of aquaculture (controlled fish farming).
World production - 90.9 million tons in 2016.
The main commercial species are (in descending order): leader - pollock (3.5 million tons), then Peruvian anchovy (3.2 million tons), striped tuna (2.8 million tons), sardinella, horse mackerel, herring Atlantic, Japanese mackerel, Yellowfin tuna, Atlantic cod, Japanese anchovy, etc.
Aquaculture - 80 million tons in 2016.
In 2016, 54.1 million tons of fish, 17.1 million tons of shellfish, 7.9 million tons of crustaceans and 938,500 tons of other aquatic animals were raised. The world aquaculture championship is unconditionally owned by China: it not only overtook other countries in 2016, but since 1991 has been growing more fish than all other countries of the world together. The largest manufacturers in 2016 included Bangladesh, Vietnam, Egypt, India, Indonesia and Norway.
In terms of development, aquaculture, as before, is ahead of other sectors of the fishing industry, although in comparison with the 1980s (11.3%) and 1990s (10.0%), production growth slowed down. The average annual growth for the period 2000-2016 was 5.8%, while in a number of countries, especially in Africa, in 2006-2010 this indicator remained double-digit.
In addition to production growth, other factors contributed to the increase in consumption, including the reduction of losses and waste.
It should be borne in mind that if we exclude fish used for non-food purposes, then in 2014 an important milestone was reached when, for the first time, the world population consumed more artificially grown rather than caught fish.
According to experts, by 2030 the proportion of fish grown will be 60%.
Volumes of fish imports to Ukraine in 2019
In 2019, Ukrainian importing companies imported 394,000 tons of fish and seafood, with a total value of 750 million US dollars.
The information is based on data from the State Customs Service of Ukraine for such UKTZED codes as:
301 live fish
302 fresh or chilled fish
303 frozen fish
304 fish fillet and other fish meat
305 dried, salted, smoked fish
306 crustaceans
307 clams
308 aquatic invertebrates
1604 prepared or canned fish; caviar
1605 prepared or preserved crustaceans, mollusks

If we compare the total indicators of imports in tons, compared with 2018, in 2019, imports increased slightly (there were 375,000 tons, it became 394,000 tons). But in monetary terms, the seedling is much more significant (it was 630 million dollars, it became 745 million dollars).
It should be noted that fish consumption in Ukraine is very strongly influenced by two key components:
1. The value of the national currency in relation to the dollar.
2. Real incomes of the population.
Exchange rate stability is essential since all imported fish products are purchased for currency. The relative stability of the hryvnia over the past 3 years and its strengthening at the end of 2019 contributed to an increase in the consumption of fish products in Ukraine, of which 80% is imported.
The nominal incomes of the population, according to the calculations of the Ministry of Economy based on the quarterly data of the State Statistics Committee, in January-September 2019 increased by 15% compared with the corresponding period of 2018. At the same time, the nominal average monthly wage of full-time employees in 2019 increased by 18.4% to UAH 10,497, and real wages increased by 9.8%.
The growth of the average monthly wage occurred, first of all, under the influence of high competition for skilled labor with foreign employers and the high economic activity of business entities, as well as in conditions of increasing levels of state social standards, in particular the minimum wage.
What kind of fish do Ukrainians prefer?
Herring traditionally remains the leader in consumption and imports. In addition to herring in significant volumes, Ukraine imported (TOP-10) the following types of fish: mackerel, hake, herring, salmon, sprat, pollock, capelin, sardines, notothenia.
Where does Ukraine import fish and seafood from?
Ukraine imports fish and seafood from 60 countries.
The traditional leaders in fish exports to Ukraine are Norway and Iceland, from which we buy herring and mackerel. Next come the USA and Canada, mainly due to the hake. Then Estonia and Latvia due to sprats and herring.
Ukraine buys a lot of fish and seafood in Spain, the UK, China, Vietnam and Argentina.
Is there a seasonality of consumption of fish products?
The consumption of fish and seafood in Ukraine has a pronounced "seasonal" character. In the summer months, imports and consumption decrease more than 2 times relative to the autumn-winter period. The consumption of fish products begins to grow around October, gradually increasing in November and December to the maximum values ​​for the New Year. Then, consumption drops somewhat, but remains at relatively high levels through March inclusive, after which it begins to decline to its minimum values ​​in the summer period.

How many fish do you eat in Ukraine?
To answer this question, you must first understand how many people actually live in Ukraine.
Official figures indicate that the population of Ukraine is 42 million people. Moreover, the last All-Ukrainian population census was conducted in 2001, i.e. 19 years ago!
An alternative to the official census was the electronic census of Ukraine taking into account open databases, data from mobile operators and the state register of individuals, held in December 2019. According to the electronic census, 37 million people live in Ukraine.
How to calculate the amount of fish that falls on each Ukrainian?
When importing fish products in the amount of 394,000 tons and own fish in the amount of 90,000 (150,000) tons, the total volume of the Ukrainian fish market is about 500,000 - 550,000 tons.
Accordingly, with a population of 37 million people in Ukraine, for every Ukrainian there are about 14 kg of fish per year.
Prospects for import and consumption of fish in 2020
What will contribute to the conservation or growth of fish consumption in Ukraine:
- maintaining economic growth.
- increase in real incomes of the population.
- stability of the national currency.
- expansion of sales places for fish products.
- promoting the consumption of fish and seafood
- The trend for healthy and proper nutrition.
What will prevent the increase in fish consumption in Ukraine:
- reduction in the population of Ukraine (annually, for 400 thousand deaths in Ukraine, only 200 thousand are born).
- reduction of the working-age population of Ukraine.
- emigration to more developed and prosperous countries.
- the lack of a comprehensive program for the formation of a culture of consumption of fish and seafood.
- reduction of aquatic biological resources in Ukraine.
Thus, the optimal scenario for 2020 is to maintain the volume of imports of fish and seafood within 400,000 tons while increasing the total value of imported goods by expanding the range of imported fish products. The volumes of extraction of our own aquatic biological resources will remain in the range of 90-100 thousand tons. At the same time, an increase in export volumes of fish products by 10-15% is expected due to the opening of new sales markets and an increase in supplies under existing contracts.
General manager
Association of Ukrainian Importers of Fish and Seafood
Dmitry Zagumenny
News of Ukraine