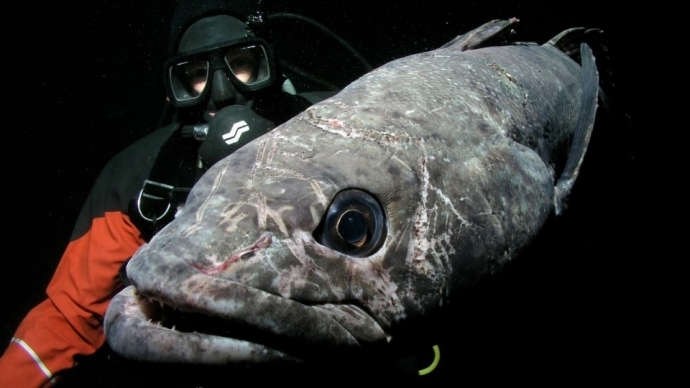 The longline fishery for toothfish in the regulation area of the Commission for the Conservation of Antarctic Marine Living Resources (CCAMLR) - the Ross Sea and the Amundsen Sea - started on 1 December. Applications to the commission came from 10 states - Australia, Great Britain, Spain, New Zealand, Norway, the Republic of Korea, Russia, Ukraine, Uruguay and Japan.

The fishery will operate up to 21 vessels. The catch of toothfish in this area is conducted according to the Olympic system. There are two scientific observers on each fishing vessel. According to observers, despite the summer is coming in the Southern Hemisphere in December, it's still cold in the Antarctic, the air temperature is only -4 degrees, the water is -1 degree.

On December 1, a group of vessels began fishing in the north of the "C" section, free from ice. The fishing period turned out to be short-lived due to the small size of the quota, and on December 5 the longline continued to move through the ice fields to the south to other areas. As of this date, the ice situation remained difficult, to the south of 65 degrees - continuous ice fields.

For reference. The Commission for the Conservation of Antarctic Marine Living Resources (CCAMLR) was established on the basis of an international convention in 1982 to conserve Antarctic marine life. This was done in response to the growing commercial interest in the resources of Antarctic krill, which is the cornerstone of the Antarctic ecosystem, and the excessive exploitation of several other marine resources of the Southern Ocean in the past.

CCAMLR is an international commission that consists of 25 members (including Ukraine), and 11 more have acceded to the Convention. Based on the best available scientific information, the Commission adopts a package of conservation measures that determine the use of Antarctic marine living resources.

The toothfish genus - Dissostichus - includes two species - Antarctic toothfish (Dissostichus mawsoni) and Patagonian toothfish (Dissostichuseleginoides). Representatives of the genus - inhabitants of the Southern Ocean, Patagonian toothfish also occurs north, in the Atlantic, to the shores of Uruguay. Antarctic toothfish rarely occurs north of 60 ° south latitude. Both these species are very peculiar and interesting. Only an experienced ichthyologist can distinguish them from each other. This predatory fish is more than 2 m long and weighs, often exceeding 100 kg, they feed on small squids and fish, and themselves are the subject of hunting for Weddell seals and sperm whales. The toothfish are able to descend to depths of 2000 m. One of the characteristics of toothfish is its ability to swiftly rise up and then sink again in the water in search of prey, easily transferring colossal pressure drops that occur during such movements. The first Europeans to see Antarctic toothfish, which was taken from a seal on an ice floe, were members of the Antarctic expedition of Robert Scott, who tried to reach the South Pole in 1910-1912.

Patagonian toothfish is the most common object of the fishery. The fleshiness of the meat of these fish reaches 30% due to the constant habitation in cold water (for which toothfish and was nicknamed "oil fish", under which we often see it on the shelves). Like any sea fish, toothfish contains a fairly large amount of iodine, fat-soluble vitamins B1, B2, calcium, polyunsaturated fatty acids (Omega 3), so its meat is very valued. The cost of products from toothfish can exceed $ 1000 per ton, a dish of toothfish in a prestigious Asian restaurant costs about $ 200.

The main consumers of toothfish among Asian countries are Korea and Japan, in Europe - Germany, in North America - USA. Fishing for toothfish is time-consuming and dangerous, started relatively recently - in the late 1980s - early 1990s. And the main zone of this fishery is the Ross Sea. In this fishery, any vessel, regardless of the flag of the country, can work only with the obligatory condition of being on board international scientific observers.

Observations of the end of the last century showed that in the Ross Sea there is a population of Antarctic toothfish of very high numbers and, probably, on the shelf and continental slope of other seas of the seas and on submarine rises there are also its clusters and individual populations. According to preliminary data of American experts, only in the Ross Sea, the biomass of this toothfish was estimated at 400 thousand tons. Fishing for toothfish, despite the laboriousness, brought and brings a considerable income.