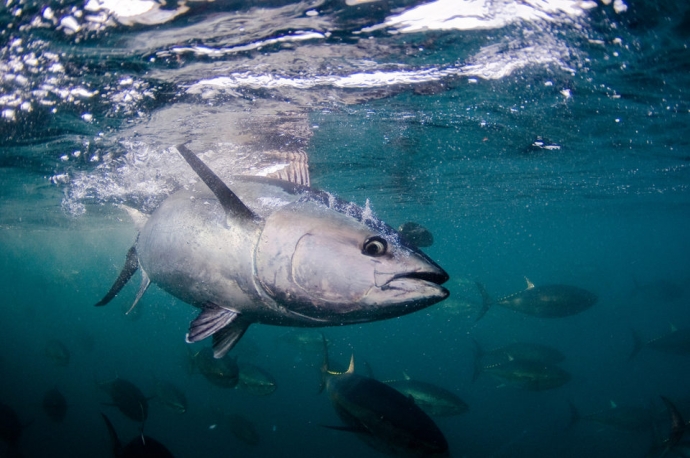 Tuna has become popular thanks to the worldwide boom in Japanese cuisine and the fashion for healthy food. Among its varieties, the most valuable, with fatty fillet, is bluefin tuna. In Japan, it is known as “kuro maguro” (black tuna), and sushi experts have rarely dubbed it the “black diamond”.
The Kindai University Aquaculture Institute in Wakayama Prefecture in 2002 was the first in the world to carry out a full breeding cycle of bluefin tuna. He established a venture company and opened restaurants under his own management in Osaka and Tokyo, in the Ginza.
“Tuna from Kindai”, as he was christened, attracted widespread attention. The full cultivation cycle is a repeated cycle of technology, including the artificial removal of fry from eggs, their feeding and growing to a mature individual, and the stimulation of their throwing of eggs for subsequent rearing of fry.
This differs from the breeding method that still exists, when fry born in natural habitats are caught from the sea, and also helps to preserve the natural resources of tuna.
Fry is removed from caviar and grown in an artificial reservoir before the length of their body reaches 5-6 centimeters. Then they are placed in a marine cage in which they are grown, depending on growth from feed to live fish, such as herring or horse mackerel. And after 3-4 years they get a mature individual weighing more than 30 kilograms.
Currently, aquaculture research and development centers located in Oshima (Wakayama Prefecture) and Amami (Kagoshima Prefecture) supply about 2,000 “Kindai tuna” to the market during the year.
However, it took 32 years of hard work to achieve a full-fledged growing cycle. The Institute of Aquaculture was established in 1948 and began to breed yellow-tailed lachedra, red crucian carp, corrugation and other fish under the motto "Cultivating the Sea" of the first rector of the University of Koichi Sako.
Research on tuna began in 1970. Tuna, on the one hand, swims with great speed in a wide sea zone, on the other hand, it is a very delicate living organism. Its feeding and cultivation under artificial conditions proved to be excessively difficult.
For example, often there were incidents involving the death of tuna, which crashed into the net of a cage, frightened by thunder, searchlights of ships or the sound of their motors, and trying to escape, sailing away from imaginary danger. But even a fish that has matured to a mature individual for almost 11 years almost did not lay eggs.
The head of the Shukei Masuma Institute describes this period as "a repetition of attempts and mistakes." “It is precisely because Kindai University is based on hands-on training that continued research,” he says.
Today, the institute sells bluefin tuna fry to fish farmers. According to Sukei Masuma, in this way Kindai tries to promote tuna breeding without burdening nature, in a situation where indiscriminate capture of tuna becomes a problem. Although the bluefin tuna business is moving forward, efficiency issues remain.
Tokihiko Okada, deputy director of the Center for Fisheries and Fry Breeding, said he would like to increase the survival rate of fry. “To do this, we need to develop artificial feed and a feed supply system, to increase the technology of feeding,” he explains.
Research is also underway to develop a more delicious and fast-growing tuna and its other varieties. “Tuna from Kindai” is an unsurpassed taste, not inferior to natural. The experiment of researchers peering at trends in the global market continues. 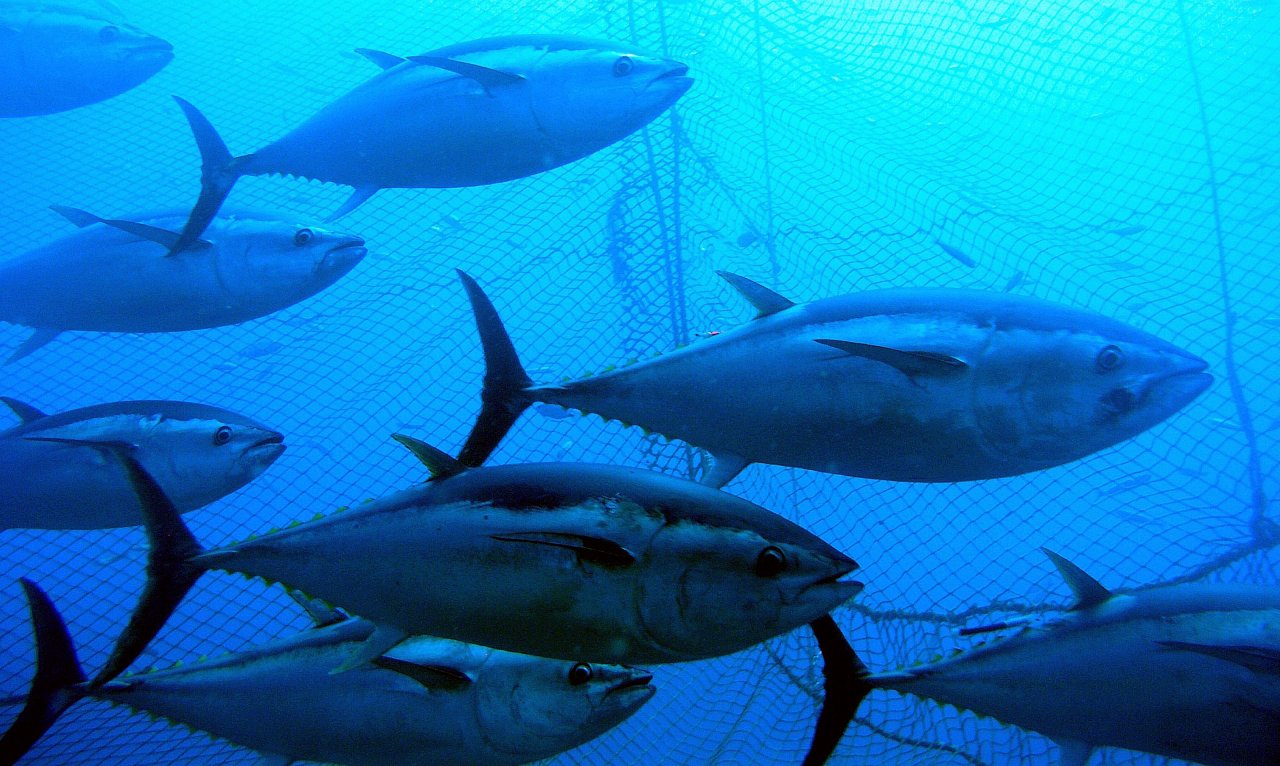 To make tuna reproduce and its young to survive is a difficult task. It begins to breed at the age of five and under certain conditions. Kindai University in Wakayama Prefecture was the first to breed captive tuna.
For this, six- and seven-year-old individuals were used, but at first survival was low. Of the 190,000 eggs obtained in 2009, only 40,000, or about 20%, survived to the fry stage. Added to this is additional mortality, especially when transplanted to ocean cages.
However, for several years of pilot production, survival was brought to a level that, although it remains low, can contribute to the final result. The greatest returns are expected if and when the prohibition of catching juveniles for landing in cages is prohibited due to a decrease in the number of fish of this species. Up to this point, it remains cheaper and more profitable to fill the cages with the caught fish.
Closed-circuit breeding is considered more environmentally friendly than catching wild juveniles, as it does not deplete the wild population, however, it still requires a lot of wild fish, such as mackerel, to feed tuna, the feed conversion of which is lower than that of other farmed on a fish farm, such as salmon.
Investors, apparently, are betting on a further reduction in bluefin stocks - and this is a win-win bet, given the continued overfishing. Stock Price Maruha Nichiro Corp., Kyokuyo Co., Ltd., Nippon Suisan Kaisha, Ltd. and Feed One Co., Ltd. In 2017, it increased sharply, as their investments in breeding Pacific bluefin tuna using the closed-loop method increased profits.
World news