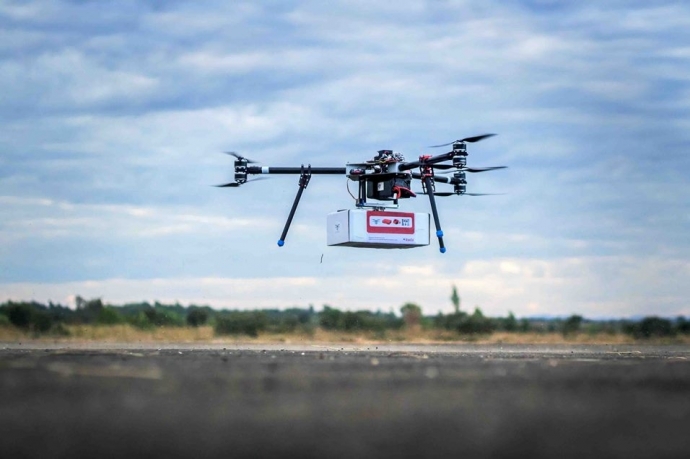 One of the Chinese giants of online trading - JD.com - is going to use the flotilla of drones in Canada to improve the supply of seafood. This will increase their sales to end-users in China.

With the help of drones the company is going to deliver lobsters, shrimp and shellfish from processing enterprises on the east coast of Canada to airports - from there the cargo will be sent to China. It is also planned to use a network of unmanned vehicles to reduce transportation costs by 50-70%, according to the Canadian edition of The Globe And Mail.

To implement the plan, the company's CEO Richard Liu met with Canadian Prime Minister Justin Trudeau in Beijing, as it depends on the Canadian government on whether the Chinese company will get permission. Before licensing and operating a network of unmanned seafood deliveries, the company will have to test its devices at low temperatures. However, Richard Liu believes that the launch of the network can take place within a year.

Drones, which the company developed, are capable of carrying up to 50 kg of product. However, now it is supposed to create a drone, which can deliver a ton of cargo at a distance of 500 km. However, such vehicles need to build platforms for take-offs and landings, while conventional drones are used without them.

Currently, Canada has a relatively high cost of shipping cargo and few airports linking the country to the PRC. Usually, Canadian seafood is transported from Halifax to Toronto, from where it is delivered to Shanghai, Beijing or Guangzhou.

It is supposed to use drones and for deliveries of other Canadian goods, in particular blueberries. Next year, JD intends to raise $ 500 million from the sale of Canadian products (half of which will be for seafood). The Chinese company is so interested in the supply of seafood from Canada, which even plans to invest in the modernization of the fishing fleet and processing enterprises.