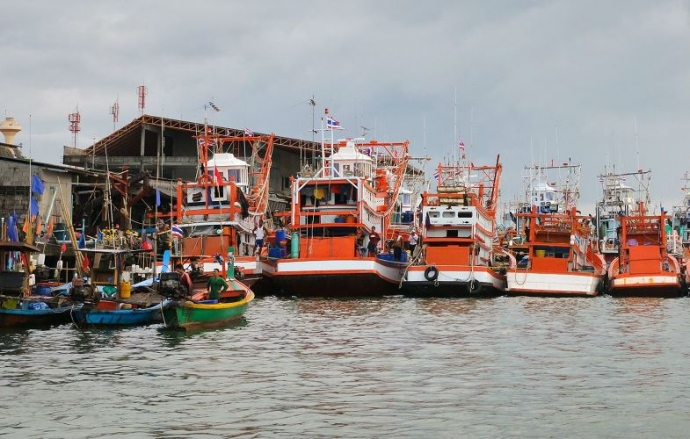 The Kingdom of Thailand has tightened fisheries legislation at the request of the EU. The European Union threatened to impose an embargo on Thai catches, arguing that the country, in particular, does not have enough control over its fishing.

Following the inspection in April last year, the government refused to issue licenses to almost 1,900 vessels. The Coordinating Committee, which is developing a national policy on fisheries, agreed on the decision to buy useless fishing trawlers. This was told by the official representative of the Ministry of Defense of Thailand, Colonel Kongchip Tantravanych.

At the heart of the country's new fisheries policy is the principle of maximally sustainable fishing, designed to solve the problem with overfishing. This stability is achieved by reducing the number of fishing vessels and fishing days (from 300 to 210), writes Bangkok Post.

The Thai Fishing Association, representing the interests of owners of large trawlers, filed a petition to the government demanding to help the fishermen affected by the innovations. In particular, they asked the authorities to buy out from the enterprises of the court to recover damages. According to a foreign publication, the industry association, which includes about 57 organizations in coastal provinces, threatened to organize a march to the Government House.

Meanwhile, the coordinating committee agreed on the creation of a special fund to help needy fishermen. As a first step, 130 million baht of funds from the sale of fishing licenses are planned for the fund. Another 650 million baht will be received as a soft loan from the Bank of Thailand. The authorities of the country expect that such a decision of the issue will become a kind of New Year's gift to fishermen.