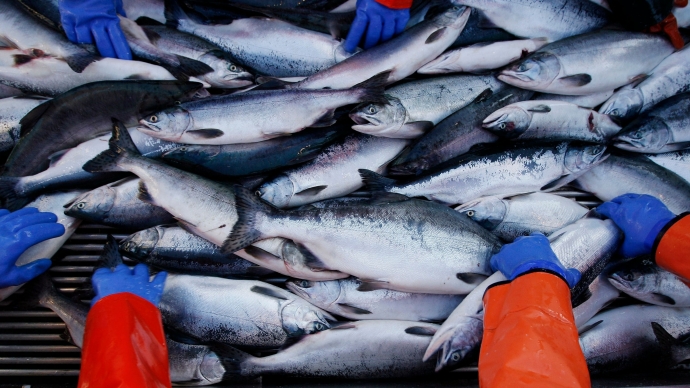 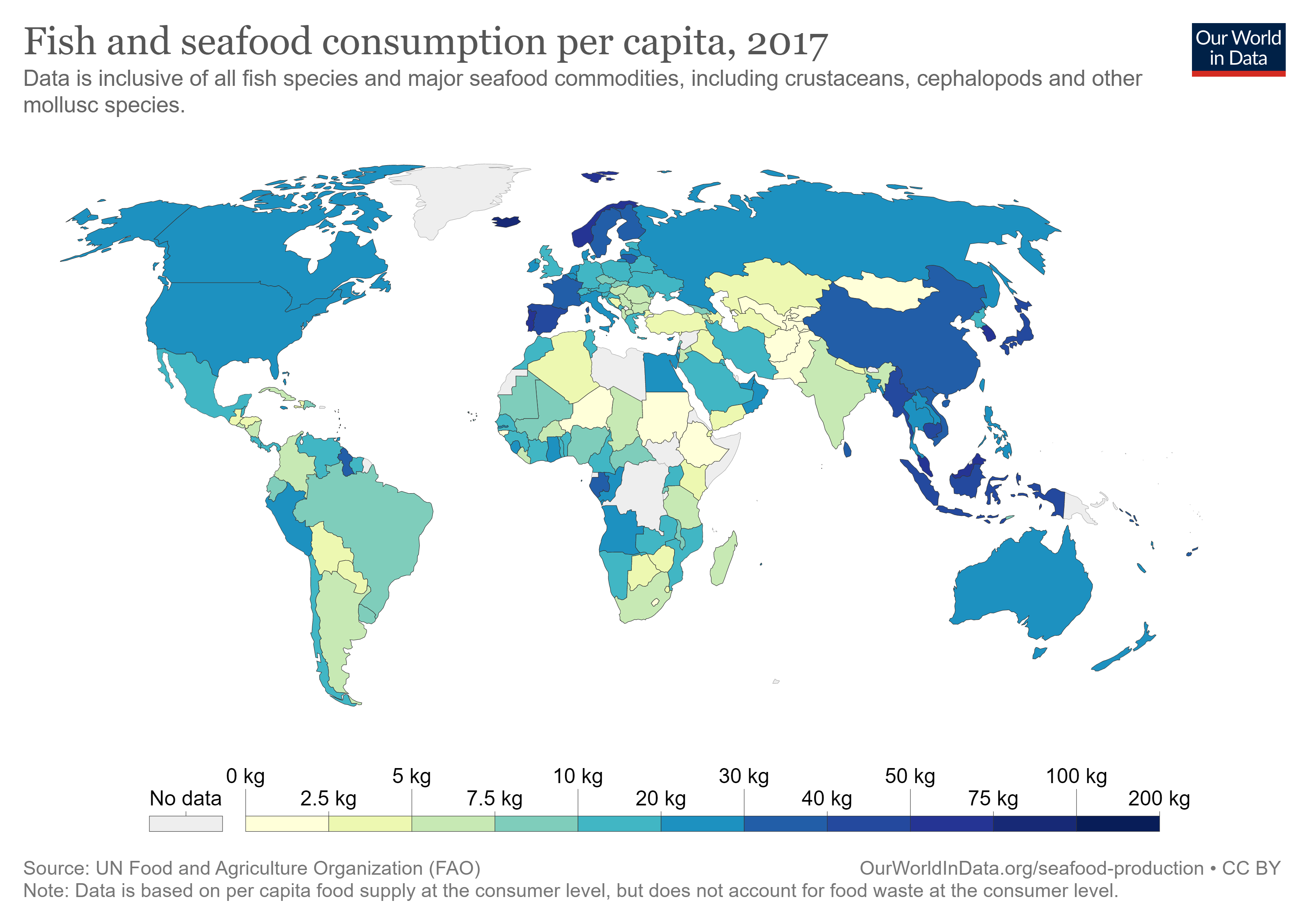 2. Features of the consumption of fish products in the world in 2020. Example of the USA and Spain
Most people will remember 2020 as a year of turmoil. However, for the US seafood industry, 2020 could go down in history as the beginning of a new era of increased seafood consumption.
Quarantine restrictions, the collapse of the catering sector, working from home, school closures - all these destructive forces caused by the coronavirus may have served as the accelerator needed to finally get Americans to eat more seafood.
Sales of the entire shelf-stable tuna category have increased by 28% since March 2020. Frozen fish sales have shown similar positive results.
Given how the pandemic has evolved, it should come as no surprise that consumers have stocked up on these items. But something more fundamental was happening behind the numbers: consumers were forced to cook at home, and this led to several key events that reinforce the belief that even when restaurants reopen and the world returns to pre-COVID normalcy, more consumers will cook and eat seafood at home.
Consumers were also concerned about their immune systems and viewed seafood as a healthy alternative to other meats.
Retailers believe that seafood consumption has reached a new level and from that moment will only grow and will not fall below this level.
Retailers will try to ensure this trend continues in the increased consumption of fish and seafood through online and co-marketing channels.
A similar situation is observed in Spain, where in the first six months of 2020 the Spaniards ate 24% more frozen seafood compared to the previous year.
3. Volumes of import and consumption of fish and seafood in Ukraine
In 2020, Ukraine imported fish and seafood worth $ 804.4 million, which is 7.9% more than in 2019 ($ 745 million).
In terms of tonnage, 411,000 tons of fish and seafood were imported, which is 4% more than in 2019 (395,000 tons). 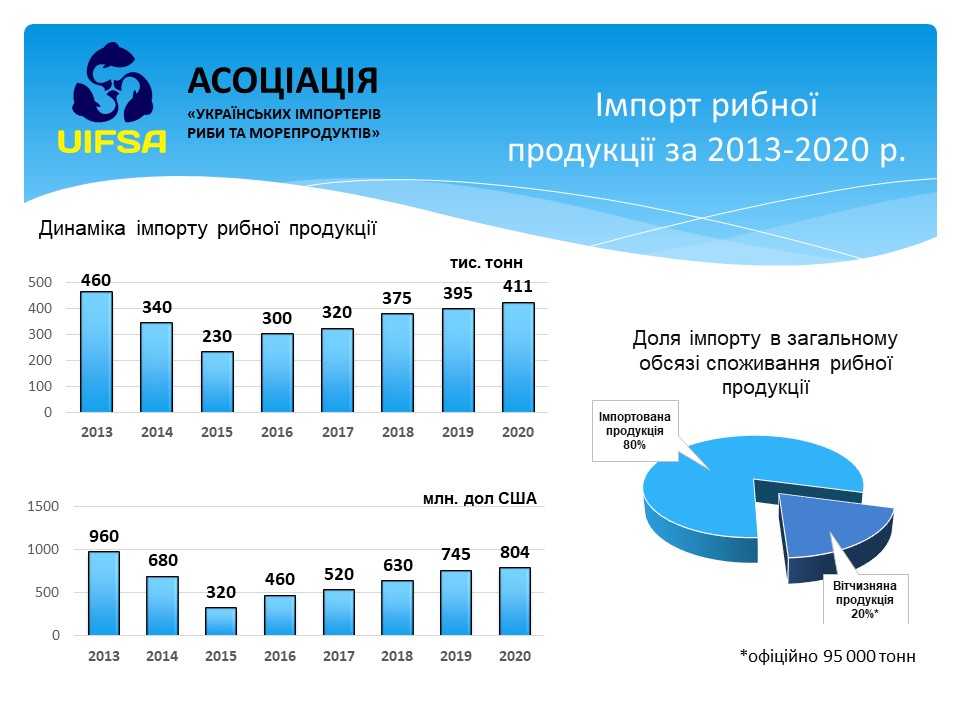 The main exporting countries from where Ukraine imported fish and seafood are (in tonnage): 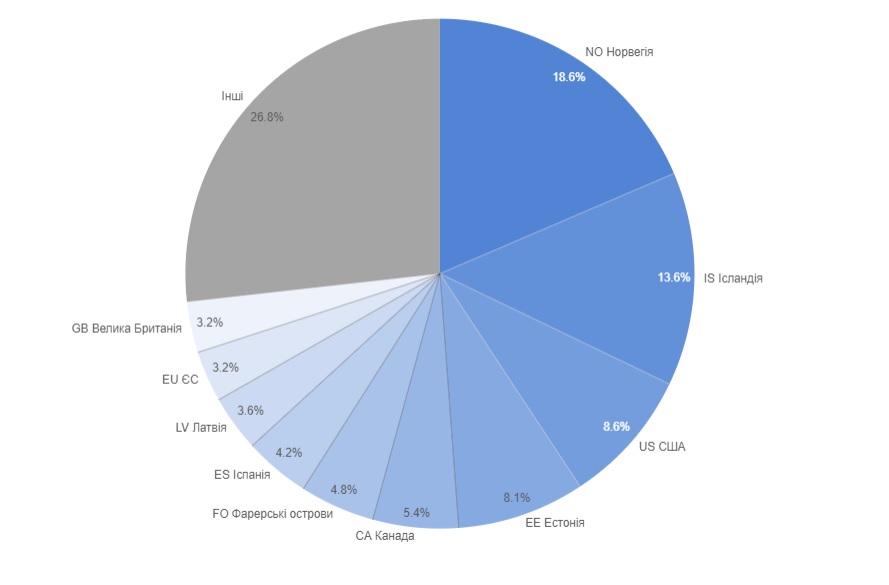 The main exporting countries from where Ukraine imported fish and seafood are (in monetary terms): 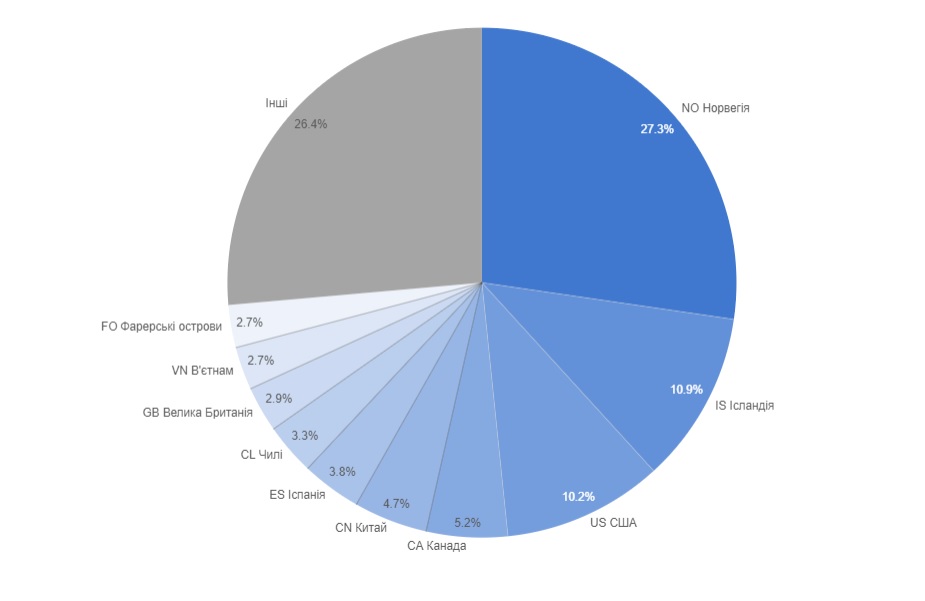 Traditionally, Norway ranks first. From Norway, Ukraine imports significant amounts of herring and Atlantic salmon, as well as mackerel, etc.
The second place is occupied by Iceland, from where mackerel, herring and other species are imported.
The third is in the United States, mainly due to pollock, hake, and red caviar.
4. Average consumption of fish in Ukraine
According to the electronic census of the population of Ukraine, conducted in December 2019, the population of our country was 37.2 million inhabitants.
Also, it should be noted that, unfortunately, the population of Ukraine continues to decline, by about 200,000 inhabitants per year.
It is important to understand this in order to have the most plausible picture of the consumer market in Ukraine.
The consumption fund consists of imports, which, as indicated above, amounted to 411 thousand tons in 2020, as well as own catch, which, according to official estimates, is about 100 000 tons and consists of ocean catch, sea catch (Black and Azov Seas), domestic catch and aquaculture. It should be noted that part of the Ukrainian catch is in the shade, for various reasons, according to various estimates, it is from a third to a half of the official figures.
Export volumes are relatively small, around 12,000 tons per year.
Thus, the total fish consumption fund in Ukraine for 2020 is about 550,000 tons of fish and seafood.
550,000,000 kg / 37,000,000 people = almost 15 kg per person per year.
The dynamics are positive and Ukrainians are increasingly giving preference to fish and seafood. But we are still lagging behind the average consumption in Europe (22 kg) and the recommended norm of the World Health Organization (20 kg).
5. Volumes of export of fish and seafood from Ukraine
In 2020, Ukraine exported fish and seafood worth $ 52.4 million, which is 13.2% more than in 2019 ($ 46.3 million).
The main countries where Ukraine exported fish and seafood (in monetary terms): 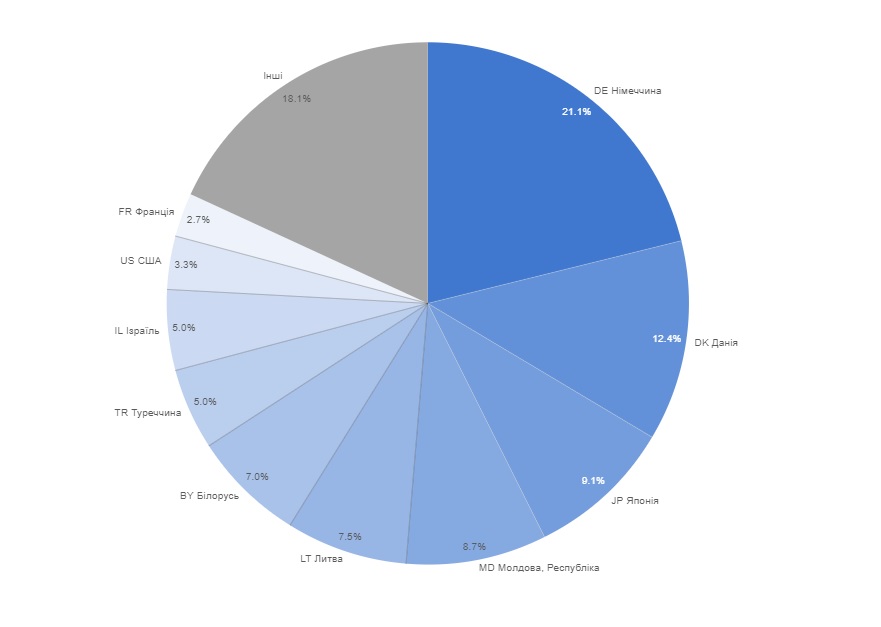 The dynamics of the last 5 years testifies to the growing interest among consumers in fish and seafood. Market participants (importers, manufacturers, retailers) should support this trend both by expanding the range and by communicating with consumers, including online, gradually developing and shaping the culture of fish and seafood consumption in Ukraine.
CEO
Association "Ukrainian importers of fish and seafood"
Dmitro Zagumennyy
News of Ukraine